SINGAPORE - The district court has adjourned the bail hearing of John Soh Chee Wen in the penny stock crash case to Feb 28.

Soh is facing 181 charges over alleged violations of the Securities and Futures Act. He, along with Quah Su Ling, his alleged girlfriend, and their alleged key accomplice, interim Ipco CEO Goh Hin Calm, were accused of manipulating shares in three penny stocks that wiped out S$8 billion from the market in three days in Oct 2013.

The prosecution had objected to Soh being granted bail, citing among reasons, new evidence allegedly showing that Soh had tampered with key witnesses linked to a fresh probe of listed firm ISR Capital before his arrest in November last year. 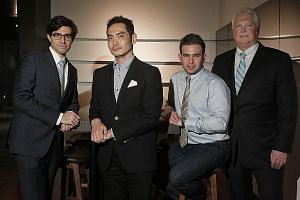 Quah was granted bail of $4 million on Nov 25 last year. She posted bail on Jan 5.

He said the authorities had found audio recordings of conversations Soh had with one Gabriel Gan, retrieved from Mr Gan's laptop.