The co-founders of Chinese hotpot restaurant chain Haidilao are Singapore's newest billionaires, according to Forbes magazine's list of the world's richest people.

Mr Zhang was ranked 19th on Forbes' China Rich List last year when his net worth was US$7.7 billion.

Both Mr Zhang and Ms Shu are Singapore citizens, according to the financial publication.

The couple started the popular restaurant chain in 1994 and developed a reputation for excellent customer service.

Haidilao has about 30 outlets outside China, including restaurants in Japan, the United States and South Korea. In Singapore, it has 11 outlets at venues such as Clarke Quay, VivoCity and Plaza Singapura.

They serve a selection of meat and vegetables cooked in broth, and also offer services such as free manicures and birthday celebrations. 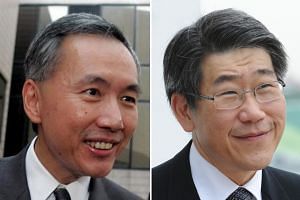 Little is known about Ms Shu, who is one of the company's five directors.

She and two other friends helped Mr Zhang financially when he set up his first restaurant in Jianyang, a city in Sichuan province, with just four tables.

Ms Shu reportedly manages the chain's strategic development and lives in Singapore with the couple's son.

Mr Zhang is said to have bought a property here for $27 million in 2016. He divides his time between the Republic and China, where there are about 370 outlets.

Haidilao went public last September. Shares soared by up to 10.3 per cent in early trading on the company's Hong Kong debut after it raised nearly US$1 billion in its initial public offering.