But Yeo, who has been in remand for the past 41 days, will stay in remand until June 1, after prosecution said it will file an application for criminal revision challenging the bail order in High Court.

Defence lawyer Harry Elias had suggested that a bail of between S$200,000 and S$400,000 be set for Yeo. He also asked for "unhindered, free access" to Yeo, saying "the way we have seen our client in last 40 days is appalling". 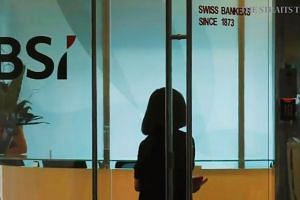 But Second Solicitor-General Kwek Mean Luck argued that Yeo had violated the terms of a previous bail order after he was arrested on March 17, and released on bail the next day.

Prosecution had said Yeo contacted "no less than five different witnesses and told them the time had come to 'collaborate' stories to provide a 'consistent response' to CAD if questioned".

"It is likely he will intervene with witnesses if he is released on bail," Mr Kwek argued.