More than three-fifths of firms polled said that support to get new, critical technologies was top of their wish list for the Singapore Budget 2019, according to the Singapore Business Federation's (SBF) latest National Business Survey, whose its findings were released on Thursday (Jan 17).

Also on the forefront of business owners' Budget wishes were a relook of foreign manpower quotas (53 per cent), support for digital transformation (49 per cent), foreign worker levies (45 per cent) and lower compliance costs and regulatory fees (42 per cent).

Small and medium-sized enterprises (SMEs) are hoping for reprieve from business fees and rising interest rates too, with 71 per cent saying that more favourable financing mechanisms would benefit them the most.

The SBF survey found a lingering divide between how big companies and small businesses have responded to the call for innovation and to the Government's roll-out of 23 Industry Transformation Maps (ITMs) in recent years.

While 64 per cent of large companies said that they have implemented business innovations, a smaller share of SMEs - 55 per cent - have done so.

Separately, a sizeable share of large companies believe that the ITMs, which were announced in the 2016 Budget, can help them with measures such as raising efficiency or productivity through technology, or improving their business models. Such goals were missing from SMEs' priorities when it came to tapping opportunities from the ITMs. 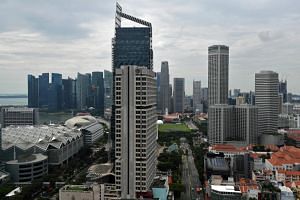 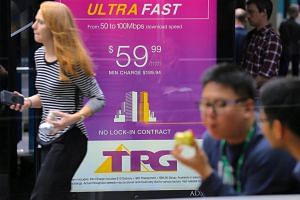 Two-fifths of large businesses reported that they were implementing new technologies, beating the 31 per cent take-up rate at SMEs. On top of that, three-fifths of large companies said that they are making digital business capability development a priority - nearly double the share of of SMEs, or 33 per cent, that is hopping to this task.

And with many SMEs calling compliance costs a top challenge for businesses in Singapore, SBF chief executive Ho Meng Kit said in a statement: "SBF is working closely with the Pro-Enterprise Panel to streamline regulatory requirements and reduce compliance costs for our businesses."

Mr Ho sits on the Pro-Enterprise Panel, a private-public group chaired by the head of the civil service, Permanent Secretary in the Prime Minister's Office Leo Yip.

Manpower challenges also remain a bugbear here, with half of the survey's respondents citing rising labour costs as a problem.

Meanwhile, 41 per cent said that the availability of workers with appropriate tech know-how was a stumbling block in the push for innovation, while another 29 per cent fretted over retraining staff in digital skills.

Overall, 38 per cent of businesses polled think that the business climate in Singapore will deteriorate in the coming year, up sharply from 21 per cent in the previous poll, while 46 per cent said it would stay the same.

Interest rates were the biggest fear, with 65 per cent of respondents expressing worry, but 61 per cent also pointed the finger at the ongoing United States-China trade war.