WASHINGTON (REUTERS) - The US economy added the fewest workers in six months in November, hindered by a resurgence in new Covid-19 cases that, together with a lack of more government relief money, threatens to reverse the recovery from the pandemic recession.

The Labour Department's closely watched employment report on Friday also showed 3.9 million people have been out of work for at least six months, with many giving up, a sign of a lack of confidence in the labour market.

The report, which only covered the first two weeks of November, when the current wave of coronavirus infections started, underscored the challenges facing President-elect Joe Biden when he takes over from President Donald Trump on Jan 20.

"Americans need help and they need it now," the president-elect said in a statement.

The economy has recouped only 12.4 million of the 22.2 million jobs lost in March and April.

Even with a vaccine on the way, economists are warning of a bleak winter.

US House of Representatives Speaker Nancy Pelosi said on Friday there was momentum behind talks on a coronavirus relief Bill.

Nonfarm payrolls increased by 245,000 jobs last month after rising by 610,000 in October. That was the smallest gain since the jobs recovery started in May and the fifth straight monthly slowdown in job growth.

Economists polled by Reuters had forecast payrolls would increase by 469,000 jobs in November.

"The recovery is stalling and fragile at best," said Sung Won Sohn, finance and economics professor at Loyola Marymount University in Los Angeles. "The onset of winter and resurgence of the virus could knock the economy into another dip before the vaccine and more stimulus from Washington come to the rescue."

But hiring in transportation and warehousing increased by 145,000 jobs, accounting for nearly three-fifths of the payroll gains.

The smaller-than-expected job gains added to reports on consumer spending, manufacturing and services industries in suggesting that the recovery from the worst recession since the Great Depression was ebbing.

Even with coronavirus vaccines, airport testing is here for the long haul

"At this rate, complete stagnation or job losses in December would not be a huge surprise," said Beth Akers, senior fellow at the Manhattan Institute. "It's hard to imagine that the remaining jobs we lost early this spring will return until we've successfully distributed a vaccine that would allow businesses to return to normal operations."

Wall Street's main indexes jumped to all-time highs on hopes for additional fiscal stimulus. The dollar dipped against a basket of currencies. US Treasury prices were mostly lower.

At least 213,830 new Covid-19 cases and 2,861 deaths were reported in the United States on Thursday, according to a Reuters tally of official data.

More than US$3 trillion in government Covid-19 relief approved earlier this year helped millions of unemployed Americans cover daily expenses and companies keep workers on payrolls, leading to record economic growth in the third quarter. The uncontrolled pandemic and lack of another rescue package could result in the economy contracting in the first quarter of 2021.

While the unemployment rate fell to 6.7 per cent from 6.9 per cent in October, that was because 400,000 people dropped out the labour force. It was also biased down by people misclassifying themselves as being "employed but absent from work." Without this misclassification, the jobless rate would have been 7.1 per cent.

The labour force participation rate, or the proportion of working-age Americans who have a job or are looking for one, fell to 61.5 per cent from 61.7 per cent in October. The share of women in the labour force dipped last month. Industries that tend to employ women have been hard hit by the recession.

Many women have also quit jobs to look after children as education departments moved to online learning. Just over half of the eight million people who left the labour force between February and April have returned.

The number of people unemployed for 27 weeks or more jumped 385,000 in November. These long-term unemployed accounted for 36.9 per cent of the 10.7 million unemployed last month.

About 3.743 million people permanently lost their jobs, up 59,000 from October. The employment-to-population ratio, seen as a measure of an economy's ability to create jobs, slipped to 57.3 per cent from 57.4 per cent in October.

Average hourly earnings rose 0.3 per cent after nudging up 0.1 per cent in October. The pandemic has decimated lower-wage industries. The average workweek was steady at 34.8 hours.

"It points out that the recovery is indeed looking like the so-called K-shaped one, where better-paid workers are doing well while lower-paid workers are losing out," said Joel Naroff, chief economist at Naroff Economics in Holland, Pennsylvania. 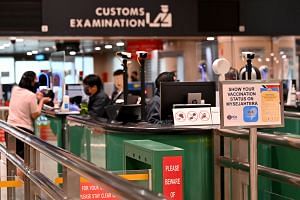 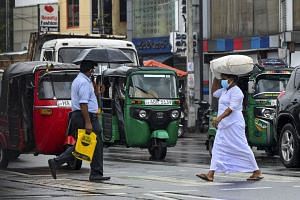 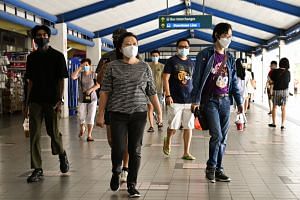 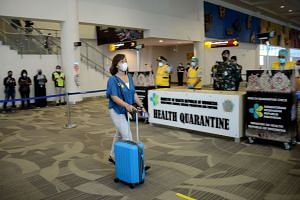 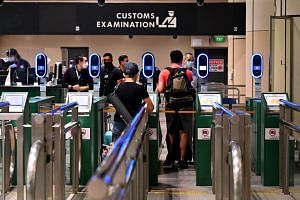