SINGAPORE - The Singapore dollar (SGD) is poised to fall further to 1.42 per US dollar (USD) by the end of the year, amid weakness in the yuan, an intractable trade war and disappointing Singapore growth data, said DBS analysts.

The analysts said: "We remain cautious on the outlook for the SGD. The trade-reliant Singapore economy is vulnerable to heightened growth worries in the world's largest economies. The trade war remains the top downside risk now, seen pushing China's growth below 6 per cent in 2020 amid negative spillover effects into the US economy.

"Multiple factors - higher US tariffs on EU goods, a possible no-deal Brexit on Oct 31, and a weak German economy - could also tip the euro zone economy into recession."

Their forecast is for USD/SGD to end the year above 1.40, unless the trade war tones down amid more upside surprises in the rest of the world versus the United States.

"This projection is consistent with our view for the yuan to weaken to 7.20, and the euro to stay weak in the 1.05-1.10 range," added the DBS analysts.

In a research note on Tuesday, DBS FX strategist Philip Wee and DBS economist Radhika Rao also noted that emerging Asia currencies have weakened modestly in anticipation of disappointments at the upcoming US-China trade talks in Washington scheduled for Thursday and Friday.

"US President Trump made clear his preference for a big and not a partial deal. Conversely, China is realistic and would only target issues that both countries have agreed on this week."

"Talks, however, will be difficult during a US presidential election year already marred by the Trump impeachment inquiry. Hopes that an interim trade deal leading to some tariff truce have been partly negated by the US Commerce Ministry's decision to place 28 Chinese government and commercial companies on its blacklist. The US had earlier also hit EU wine and cheese with more US tariffs," added Mr Wee and Ms Rao. 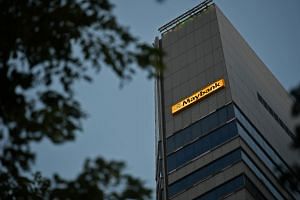 According to the DBS analysts, the slope of the S$NEER (nominal effective exchange rate) policy band will be slightly flattened to 0.5 per cent per year from the present pace of 1 per cent, with the width and the midpoint remaining unchanged.

"We however do not expect the MAS to abandon the modest and gradual appreciation path for its S$NEER policy band. There is not yet a case for a return to a neutral or zero appreciation policy. Singapore is likely to avert a technical recession, and we are not forecasting deflation," the analysts said.

"After the weak -3.3 per cent quarter-on-quarter seasonally adjusted annual rate in Q2, our economist expects the advance real GDP growth estimate for Q3 to turn positive at +2.1 per cent. For the whole of 2019, we expect growth of 0.7 per cent, in the upper half of the official 0 to 1 per cent forecast range," DBS said.

The Ministry of Trade and Industry has twice downgraded this year's growth forecast, first to 1.5-2.5 per cent from 1.5-3.5 per cent in May, and subsequently to 0-1 per cent in August.

"The government, at this juncture, does not intend to respond with counter-cyclical fiscal measures such as an extraordinary budget. It will be monitoring to see if the weaknesses from the trade war have spread beyond the external and manufacturing sectors. Close attention will be paid to the labour market where the unemployment rate for residents has been at or above 3 per cent since Q4 2018," the analysts explained. 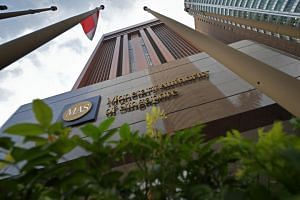 Overall, CPI and core inflation have averaged 0.6 per cent year on year and 1.3 per cent respectively in the first eight months this year. "They are likely to end the year close to the floor of their official forecast ranges. For example, our economist expects headline inflation to recover to 1.1 per cent in 2020, from a projected 0.5 per cent this year," DBS said.