SINGAPORE - Personal and leisure travel will return from the second half of this year as borders reopen to tourists hungry to be free again and to reunite with families and friends, the director of the International Air Transport Association (Iata) said in an interview with The Straits Times.

Mr Alexandre de Juniac said the recovery in business travel will be slower, and the actual volume of travel by the year end will still be low compared with the pre-Covid-19 period in 2019.

"We will likely start seeing a change in the air travel landscape after May or June this year," he added. "We at Iata are already working with states to design and plan protocols and road maps for the reopening of borders."

Singapore Airlines has been the first to officially announce that it will begin testing the Iata Travel Pass on flights from Singapore to London.

Beginning Monday, passengers on that route using Apple iOS-enabled phones will be able to download the Travel Pass app and create a digital identification with their photo and passport information.

They can submit flight information and book a Covid-19 test at one of seven participating clinics in Singapore, after which the test results can be viewed directly on the app. Check-in staff at Changi Airport can then verify their status via the app, which will speed up the check-in process, according to the carrier.

But due to current regulations, travellers will still need to carry a physical copy of their health certificate issued by the testing clinic.

China has just announced the roll-out of its vaccine passport, while Germany and the United States are poised to introduce their own soon.

Mr de Juniac, who retires from his five-year tenure next month and hands the reins to Mr Willie Walsh of IAG (which owns British Airways), said Iata is targeting to work with 33 states and territories around the world on border reopening and international flights.

There is a huge pent-up demand for air travel, he added. "You never appreciate what you had until you lose it. People are hungry to be free again, to travel again."

He sees leisure and personal travel coming back more quickly than business travel.

"Personal travel will definitely bounce back, but business travel will take another 12 to 18 months to recover," he said, alluding to the fact that many companies have adopted digitalisation technologies over the past year to connect and continue business.

But even with gradual border openings, Mr de Juniac said air passenger traffic volume by the end of this year will remain relatively weak compared with pre-Covid-19 2019, though better than in mid-2020.

"Governments in many countries are cautious and remain in emergency mode amid the emergence of new Covid variants," he added. "They have to manage their domestic circumstances first."

Travel corridors for vaccinated passengers could open in 2nd half of 2021: Ong Ye Kung

But Iata, whose 290 global carrier members represent 82 per cent of global traffic, and the International Civil Aviation Organisation (ICAO) will accelerate protocols for safe air travel. "We are working with our partners on vaccination, testing and safe air travel measures," Mr de Juniac said.

Meanwhile, ICAO, which last year rolled out various guidelines such as masks, health declarations and empty middle seats in planes, is expected to announce its latest protocols for health and safety guidelines within the next few weeks.

What will the new normal look like in aviation?

"In the short and medium terms, there will be fewer actors (airlines) and smaller planes. Airlines which survived the crisis will be more competitive, having dramatically cut costs and scaled down.

"We will still have full-service and low-cost segments, but full-service carriers will not see business and long haul coming back for a while."

But Mr de Juniac does not see much consolidation in the industry, either. "Given the acute cash shortage in the industry, airlines will not be able to simply go out and buy competitors. More so when states have doled out taxpayers' money into bailouts of airlines. They are unlikely to simply sell off."

He added that the crisis brought an important lesson - that the industry needs to strengthen its financial management.

Although airlines which were the strongest before the crisis have survived, much of the industry is struggling along on thin margins and "unbalanced" balance sheets, he said.

"Ironically, having dealt with previous health scares like Sars and Ebola, airlines were best prepared for this crisis. We had the tools.

"But the unprecedented global nature of the crisis showed that we were not prepared enough. We need more cooperation and collaboration amongst various partners, including governments and regulators," said Mr de Juniac.

Geographically, Asia-Pacific will emerge as the most robust region for global air traffic, he predicted.

"We already saw this upswing prior to Covid, and the Chinese market was already No. 1, and ahead of the US. This trend will simply accelerate."

But the growth could be uneven, he said. "The key will be how individual states and territories open up their borders as the vaccine roll-out and test regime accelerate." 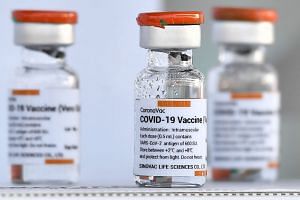 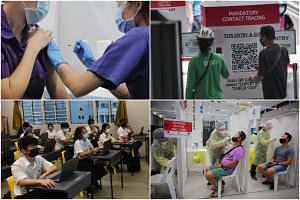 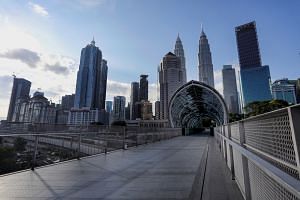 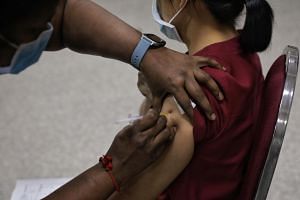 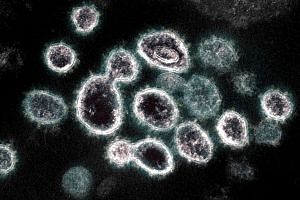 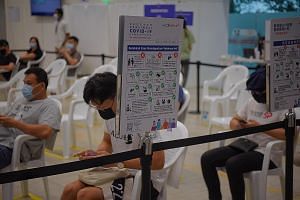 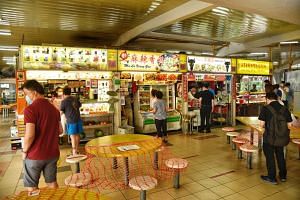 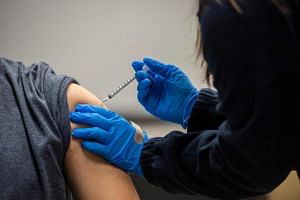 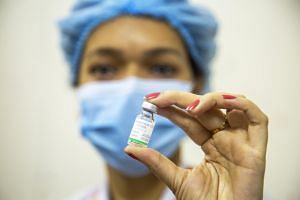