The labour market is showing increasing signs of strain, as unemployment climbed in the second quarter of the year and layoffs hit a seven-year high.

Economists interviewed expect this situation to persist for the rest of the year as Singapore's economic growth is driven largely by external demand, which remains slow.

The unemployment rate for Singaporeans and permanent residents was 3 per cent last month, up from 2.7 per cent in March. This was the highest since end-2010.

Among Singaporeans, this seasonally adjusted jobless rate rose to 3.1 per cent last month, from 2.6 per cent in March, according to preliminary figures from the Ministry of Manpower released yesterday.

Overall, unemployment was at 2.1 per cent in June. This was higher than the 1.9 per cent three months earlier but below the 3.3 per cent after the global financial crisis in 2009. Layoffs have also gone up. 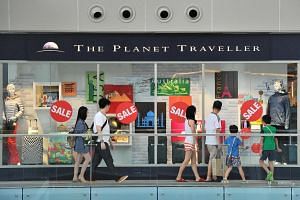 "It looks like the uncertain global and regional outlook has 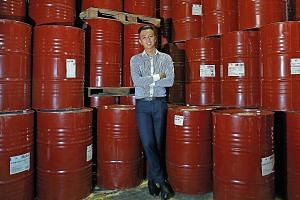 taken its toll on Singapore, at the same time as economic restructuring is taking place," said the chairman of the Government Parliamentary Committee for Manpower, Mr Patrick Tay.

About 5,500 workers were asked to go in the second quarter, an almost 70 per cent jump compared with the same quarter last year.

The redundancies were largely in the service sector, where 3,400 workers lost their jobs.

Mr Tay said he is particularly worried about mature professionals, managers and executives, who usually take longer to land a job after becoming unemployed.

There is a risk that redundancies this year could eclipse last year's high of 15,580, as there are already 10,210 layoffs recorded this year, said DBS economist Irvin Seah.

"Unemployment could continue to climb and there could be a broader impact on consumer spending such as car and home purchases and retail businesses," he said.

Subdued global conditions saw the number of people with jobs continue to grow in the second quarter but at a slower pace.

There were 5,500 more workers employed last month than in March, bringing total employment to 3,674,700.

Manufacturing continued to shed workers for the seventh quarter in a row, with 3,400 fewer people employed last month than in March. Mr Seah said this could be a result of greater automation.

Credit Suisse economist Michael Wan said a pick-up in the economy would take time, "for example, when industries we are shifting towards, such as high-value manufacturing and big data, take a bigger share of the economy".