SINGAPORE - The consumer price index (CPI) for Singapore households eased by 0.2 per cent year on year in the second half of 2016.

But this was smaller than the decline of 0.9 per cent in the first half of last year, according to figures from the Department of Statistics Singapore (Singstat) released on Monday (Jan 23).

Stripping out imputed rentals on owner-occupied accommodation (OOA), the CPI rose by 0.7 per cent, after edging down by 0.2 per cent in the first half of 2016.

Among the different income groups, the bottom one-fifth of households enjoyed the biggest fall in inflation in the second half of 2016 of 0.8 per cent. This was mainly due to a fall in accommodation costs and electricity tariffs, which had a larger impact on the CPI of this group.

This group was also the only income group to experience a decline in the cost of healthcare services in 2016. 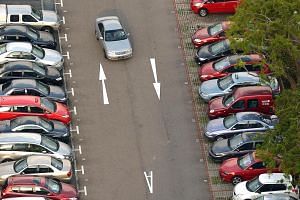 The middle 60 per cent income group saw a smaller 0.3 per cent fall in inflation. But the richest top-fifth of households found inflation staying unchanged as the fall in accommodation costs and electricity tariffs on their CPI was offset by the impact of the increases in food prices, tuition & other fees and road tax.

For the whole of 2016, the inflation for all households declined by 0.5 per cent as the fall in accommodation costs and electricity tariffs, as well as the prices of cars and petrol, more than offset higher food prices, said Singstat.

However, the CPI excluding imputed rentals on OOA rose by 0.3 per cent, slightly higher than the increase of 0.1 per cent in 2015.