The maturing Singapore economy is entering a phase where its revenues will grow slowly while an ageing population and the demands of infrastructure will heighten the need to spend.

The Government has already started tightening its belt, with budget caps for ministries over the medium term, Finance Minister Heng Swee Keat said as he wrapped up three days of parliamentary debate on Budget 2017. This year, the caps are being adjusted downward by 2 per cent.

As he reiterated the call for Singapore to embrace a spirit of enterprise and partnership in its journey of transformation, Mr Heng also stressed the need for its finances to remain sustainable in the long run.

"Besides spending prudently and effectively, we will have to grow our revenues through new taxes, or raising taxes over time," he said. 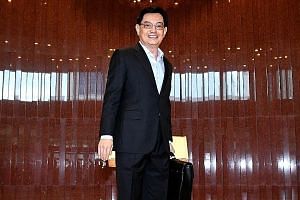 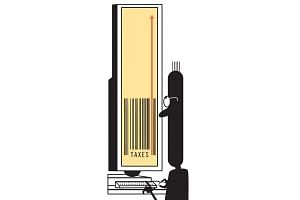 He assured members that Singapore's tax system will continue to be fair and sustainable.

It must be progressive across income groups, he said. "What this means is that those who are better off must contribute more."

He stressed that the system must reward efforts by individuals and enterprise by companies to remain sustainable. "We will study all options carefully," said Mr Heng.

Elaborating on Budget 2017, he said it builds on the strategies put forth by the Committee on the Future Economy, which calls for Singaporeans to work together "for economic development, and in all areas", said Mr Heng.

That need for partnership is perhaps most apparent in the Industry Transformation Maps (ITMs), which chart out how companies can work together with agencies, unions, trade associations and others to restructure and transform themselves.

The Government cannot, on its own, design plans for thousands of companies across different industries, but it can catalyse and bring stakeholders together, which is what it seeks to do with ITMs, he added. "The quality of the ITMs will depend on the quality of inputs from industries and partners, and how well we work together for the larger good."

Workers, meanwhile, can do their part by going beyond the familiar, Mr Heng said. Businesses must have the courage to adopt and try new ideas.

On its part, the Government will support the needs of Singapore's people and businesses so that they can achieve their full potential, by creating a regulatory environment that both supports innovation and manages risks.

The spirit of partnership is just as important in securing a better living environment for Singapore, he added.

While the Government has steadily increased its spending on social needs such as healthcare, education and housing over the past decade, from $12.7 billion in 2006 to $34 billion in 2016, people have their part to play too.

"Even the strongest social safety nets are no substitute for the caring hearts and helpful hands of neighbours," Mr Heng said.

Budget 2017, he noted, focuses on efforts to empower the community and forge partnerships.

"This is a movement towards the future, where we nurture a culture of caring for one another, of many helping hands, to meet a significant increase in societal needs."

This is important, he said, as Singapore's ageing population and smaller families will likely lead to higher healthcare spending.

Mr Heng noted that several MPs had raised concerns about how the hike in water prices, the introduction of a carbon tax and the restructuring of diesel taxes will lead to higher costs for households and businesses. "We are taking decisive steps in this area because we want a cleaner and healthier environment for ourselves and our children," he said.