The Singapore economy is on track to log its slowest rate of growth since 2009, and few companies have been spared the effects.

Business has stagnated and firms are bracing themselves for the coming winter.

The economy is projected to expand by 1 to 2 per cent this year, in what could be the slowest year since the global financial crisis.

"But companies are experiencing a protracted period of slow growth, and this is making overall sentiment even more pessimistic."

Companies in the hardest-hit sectors have had no choice but to lay off staff.

Against the backdrop of one of the worst slumps the global oil and gas industry has seen in decades, thousands of workers in that sector here have lost their jobs, as firms tried to slash costs amid the plunge in oil prices.

The collapse of debt-laden offshore services firm Swiber Holdings is stoking concerns in the credit markets over banks' exposure to the oil and gas sector.

Banks themselves have not been having an easy time - the poor outlook has resulted in savage staff cutbacks across the industry. Examples include ANZ, which has trimmed staff numbers here, and Barclays, which slashed 1,000 jobs in Asia, including some in Singapore. 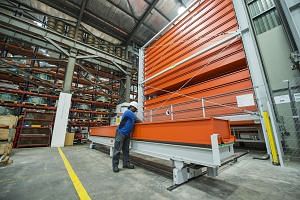 Cutbacks in staffing, expenses in bid to stay afloat 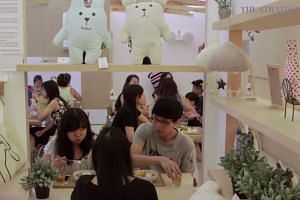 The manufacturing sector, which makes up a fifth of the economy and has been hit hard by lacklustre export demand, has been shedding workers every quarter for about two years. But a spate of recent large investments - including a US$4 billion (S$5.5 billion) plant expansion by chip-making giant Micron Technology - might provide a lift.

Meanwhile, bank lending to corporates has been on a downward trend over the past year - a sign that firms are borrowing less for expansion and investment.

Amid high costs and flagging sales, a growing number of companies are buckling under the pressure. About 21,880 businesses were shut down in the first six months of this year, compared with 49,000 over the whole of last year.

"In a downcycle, it's the strongest that survive," said Mr Tan.

"The weaker companies will see shrinking growth, and won't last long because of their cashflow issues, especially if revenues keep sliding for a long period."

Minister for Trade and Industry (Trade) Lim Hng Kiang told Parliament earlier this week that a recession is unlikely to set in, but the possibility that the Singapore economy could see some quarters of negative growth cannot be ruled out.

"Depending on the nature and severity of the downturn, the Government is prepared to consider introducing a range of contingency measures, which could include broad- based as well as sector-specific measures," he added.

Advance estimates of Singapore's third-quarter growth will be released today and should offer a clearer idea of where the economy stands. But all signs point to continued slow growth ahead, and companies are gearing up for more tumultuous times.

Correction note: In an earlier version of the story, we said that about 42,000 businesses shut in the first six months of the year. It should be 21,880.