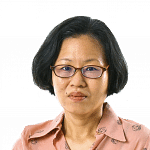 Mr Heng Swee Keat chose as the title of his first Budget statement "Partnering for the Future" - reflecting his preference for collaboration as the best way to grow and transform the economy, and nurture a caring society.

"Core for us to succeed is the spirit of partnership, where Singaporeans work together in new ways to transform our economy and strengthen our society," he said.

Just six months into his role as Finance Minister, he and his team have crafted a Budget that conveys quiet confidence in the city state's ability to remake itself for the future. That is no small feat in a world weighed down by worries of slow growth, debt and deficits, terrorism and turbulence.

Amid these external challenges, Singapore is going for growth, with a Budget focused squarely on economic development and anchored by a $4.5 billion Industry Transformation Programme. It is a package of measures to help companies and industries gear up to compete not just locally but also globally, and spur innovation.

The global economic landscape is changing fast, Mr Heng warned, and major economies like China and India are restructuring. Singapore has but a narrow window of opportunity to transform itself.

His message to businesses: "We must come together as partners to transform our economy through enterprise and innovation... Change is accelerating with rapid advances in knowledge and technology. Yet the potential for collaboration has never been greater. We must work together to muster our resources, to innovate, scale up and internationalise."

He cited the work of Lincoln Electric as an example of how one firm can help kick-start change in an industry through partnering other firms. How? Lincoln redesigned robotics systems to make them more affordable to small and medium-sized enterprises (SMEs) that have use for them in the metal fabrication process. As many as 1,000 SMEs stand to benefit.

"Industry-level transformation works best if firms partner one another, or if industry associations lead the effort, because they know their needs best. Government agencies can help by initialising lead demand or through regulatory changes. We need to form close partnerships among firms, industry associations and Government to drive industry-level transformation," he said.

The Government will play the role of enabler.

Mr Heng put on the table a $450 million robotics programme to boost development and adoption of the technology. He is footing the bill for a $100 million national trade platform to facilitate information sharing between firms in logistics and trade finance, and the Government.

As for workers, they too are hit by restructuring and many worry that their jobs are no longer secure.

"As economic cycles shorten and changes occur faster, the pressure on our people to adapt will rise," he acknowledged, adding that he understood Singaporeans' anxieties and the Government will give every support to those affected.

Yet there is no getting around the fact that workers will have to "Adapt and Grow". That is the name Mr Heng has given to wage support schemes to encourage firms to hire retrenched workers, and professional conversion programmes to help displaced professionals, managers, executives and technicians learn new skills and switch to jobs in growth sectors.

This then is a partnership premised on responsibility, with the onus on workers to help themselves find replacement jobs.

The Budget makes no mention of other support schemes that some have hoped for, such as unemployment insurance.

On the social side, Mr Heng is banking on partnerships in the community to help address needs, including those due to the rapid ageing of society.

He announced the pilot Community Networks for Seniors in which volunteers, schools, businesses and voluntary welfare organisations work with a team of full-time government officers on the ground to help seniors stay healthy, active and engaged.

He has also set aside funds for a $25 million Our Singapore Fund to support projects that promote unity and deepen people's sense of being Singaporean.

He spoke with delight of Mr Dennis Quek and Mr Wilson Ang, who had organised a trip for 100 wheelchair users to visit Pulau Ubin. They enlisted the help of 600 others, including the Singapore navy, which helped to ferry the participants there in naval vessels.

The strong emphasis on partnerships in Budget 2016 is consistent with the spirit of Mr Heng's other major undertakings, such as the Our Singapore Conversation of 2011-12 and last year's SG50 celebrations.

The first engaged Singaporeans in conversation about their hopes and dreams for the country. The second put the focus on ground-up initiatives to mark 50 years of independence.

Those taking soundings of Mr Heng's leadership style, since he is touted as a possible future prime minister, will have found in the framing of yesterday's Budget statement confirmation that he values participation and engagement. As Finance Minister, he chooses not to lead forcefully from the front, preferring instead to facilitate and support change from behind.

It is an approach that is appropriate for the new economy, in which the Government's role is increasingly to create conditions for private enterprise and creativity to flourish.

But the focus on partnerships also has its drawbacks at a time of rapid economic change, for partnerships take time to get off the ground. After all, all sides involved need to be willing and ready to make a go of it together.

The thing is, Singapore is not used to slow change.

Given the urgency of economic transformation, will the generous incentives and new platforms to encourage collaboration set out in this year's Budget suffice?

Or will Mr Heng discover that other forms of pressure are needed to spur and speed change along?

A version of this article appeared in the print edition of The Straits Times on March 25, 2016, with the headline Budget 2016: Heng Swee Keat seeks partners and he’ll gladly split the bill. Subscribe