SINGAPORE - HNA Group, the Chinese conglomerate that controls the country's fourth-largest airline, is in exclusive talks with the biggest shareholder of CWT for a potential acquisition of a controlling stake in the Singapore-listed logistics company.

The potential deal could trigger an offer for CWT that could value it at about S$1.3 billion

While CWT is known locally for its logistics services since 1970, ranging from commodity logistics to defence services, little is known about its Chinese counterpart in the deal. 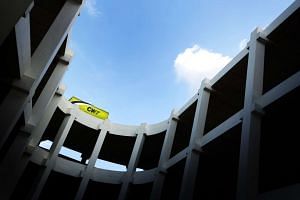 Here are 4 things you should know about the HNA Group:

1. From Hainan island to the world

HNA Group was established in 2000 as the parent company of Hainan Airlines, which was founded in 1993 by Chen Feng, now 62.

An economist who had studied at Harvard Business School, Chen used to push the refreshment trolley up and down the aisle of the lone Boeing 737 that comprised his startup airline.

A devout Buddhist, his 31-story headquarters in Hainan's capital, Haikou, is Buddha-shaped.

"I don't drink, smoke, have banquets, go to karaoke or get massages," he told the South China Morning Post in 2014. "I'm different from the other entrepreneurs in China."

But like many Chinese entrepreneurs, Chen had global ambitions. In 1995, he flew to New York and persuaded famed US investor George Soros to pump US$25 million into his airline.

2. On a buying spree

HNA has, in the recent year, gained a reputation for being one of the most aggressive Chinese buyers of overseas companies - and in diverse industries.

In January, it bought Avolon Holdings, forming the world's fourth-largest aircraft lessor by asset value. In February, it reached a deal to buy US-based electronics distributor Ingram Micro for US$6 billion. In April, it offered US$1.5 billion for Swiss-based Gategroup Holdings, the world's second-biggest airline catering company. And most recently, it acquired US-based Carlson Hotels, which owns the Radisson and Park Plaza brands.

3. The Chinese company to watch

HNA's rapid development and penetration into diverse industries in the short 20 years since its founding make it one of the Chinese companies to watch.

Its support by the Chinese government is apparent by its numerous government commendations, including garnering the "China Charity Award" four times, and named an "Outstanding Enterprise" in China's corporate social responsibility ranking.