LONDON (BLOOMBERG) - After more than a year of marathon restructuring negotiations, Noble Group looked to be entering the home stretch. The debt deal, which chairman Paul Brough described as "probably the most complex restructuring ever undertaken in Asia", had run the gauntlet of all-night negotiations and court hearings. It was due to complete in less than a week.

Now the US$3.5 billion restructuring hangs in the balance after Singaporean authorities on Tuesday (Nov 20) announced a multi-agency investigation into the Asia-focused commodity trader, including a probe by Singapore's white-collar crime squad.

Should the deal fail, it would be a blow to Noble's creditors, including hedge funds Taconic Capital Advisors, Varde Partners and Owl Creek Asset Management, as well as Deutsche Bank and ING Group. Noble Group said on Wednesday it will continue to work towards implementing its proposed restructuring within the previously disclosed timelines and it's in the best interest of all shareholders and creditors.

The announcement of the probe came as a surprise to the company's creditors and advisers, according to three people working on the deal, who asked not to be named discussing a private matter. They had been racing to complete the restructuring ahead of a deadline, the so-called "long-stop date" of Nov 27. According to an announcement last week, they were due to make it - just - with the deal due to be completed next Monday, Nov 26.

How could the Singapore probe delay Noble's restructuring?

The Singaporean regulators on Tuesday suggested that the probe could delay the restructuring deal. "Trading can only start after restructuring has been completed and this is in turn dependent on our review," said SGX RegCo, the regulatory arm of the Singapore Exchange.

The circular to shareholders that the company published in August shows how the Singaporean regulators' approval is crucial for the deal.

One of the conditions without which the restructuring cannot go ahead is for the SGX to give consent for the restructured entity to be re-listed. 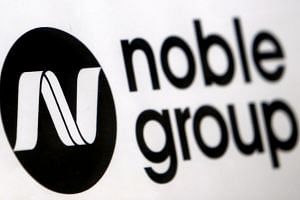 Noble to push on with restructuring plan despite police, regulatory probe

Noble under probe for suspected false and misleading statements, breaches of disclosure rules

Another of the so-called "conditions precedent" is for the Securities Industry Council and the Monetary Authority of Singapore to grant waivers needed so that the restructuring can go through without Noble's creditors - who are due to take control of the company -- being forced to make a buyout offer for its shares.

Why would a delay matter?

The "long-stop date" for the Noble restructuring is Nov 27, according to a copy of its English scheme of arrangement, which was approved by a UK court last week. That means that if the restructuring hasn't been completed by then, the schemes of arrangement - by which Noble is implementing its debt restructuring - "shall be of no effect".

Still, the scheme of arrangement provides that the date can be pushed back to any day until Dec 31, with the agreement of Noble and its creditors.

A bigger problem may be that Nov 27 is the day on which a key waiver expires. Granted by Noble's shareholders under a "whitewash" resolution at a meeting in August, the waiver allows the deal to go ahead without Noble's creditors being forced to make a buyout offer for its shares.

In its circular to shareholders, Noble said that Singapore's Securities Industry Council had allowed it to go ahead with the restructuring without a buyout offer being made, as long as the deal was completed within three months of the approval of the whitewash resolution.

Noble and its creditors will make contact with the Singaporean authorities to work out if there's anything they can do to persuade the regulators to approve the deal ahead of the Nov 27 deadline, the people familiar with the matter said.

That could involve, for example, agreeing that the restructured Noble Group would guarantee to pay any fine that arises from the Singaporean investigation. However, at the moment it's not clear what the authorities require to wrap up the restructuring.

What happens if there's no resolution?

Noble and its creditors have repeatedly stated that the only alternative to the restructuring plan is to file for insolvency.

They've even set out a detailed account of how this would work: Under an "alternative restructuring" plan set out in Noble's shareholder circular, the company would file for administration in the UK. The creditors would take control of the company, and shareholders and perpetual bond holders would likely be wiped out.

Still, Singapore would still have significant sway over what remains of Noble. One of the entities it's investigating, according to Tuesday's announcement, is Noble Resources International. That's Noble's main operating subsidiary, based in Singapore, and the unit through which it carries out much of its trading activity.

For example, NRI is the entity through which Noble buys from Indonesian coal miner Berau, its single largest contract in its core thermal coal trading unit, according to people familiar with the matter. In 2017, NRI reported revenues of US$6.02 billion, according to its financial statements. That's 96 per cent of Noble Group's overall reported revenues of US$6.24 billion.

Noble Group said it and NRI intend to cooperate fully with the authorities in their investigation.