NEW YORK (AFP) - US stocks were mixed on Friday (Aug 26) after Federal Reserve chairman Janet Yellen said the case for a rate hike is strengthening, raising expectations of a move by year-end.

Trade was fairly quiet as Yellen also suggested that the pace of future increases in the benchmark federal funds rate could be very slow. 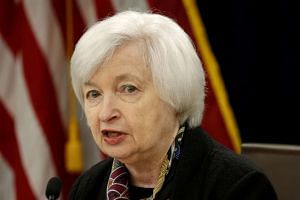 But by the close gainers and losers were not far apart on the Dow, with drugmaker Merck & Co rising the most by adding 0.9 per cent, and telecoms giant Verizon Communications leading losers, off 1.3 per cent.

Market players have for months lamented what they see as confusing signals out of the US Federal Reserve about the timing of rate hikes, which drive investment decisions in across industries and around the globe.