The stock of listed crane operator Tiong Woon Corporation (TWC) surged more than 15 per cent yesterday after Lim & Tan Securities initiated coverage on the company, citing it as an overlooked regional giant.

The counter closed 7.5 cents higher at 56 cents, after the brokerage house tagged a target price of 84 cents on it.

Lim & Tan's report said that even at 84 cents, TWC would still be trading at a 36 per cent discount to industry peers.

Analysts Nicholas Yon and Ethan Aw wrote that TWC is an overlooked regional engineering heavy lift company that can compete effectively against big international firms like Mammoet and Sarens.

"It (TWC) has participated in mega projects like Petronas (Refinery and Petrochemical Integrated Development) projects alongside Mammoet as the only other player and has helped build the Brunei petrochemical island (Hengyi project) as the main heavy lift contractor, on top of its local achievements in the construction space," the report said.

It noted that 2020 was supposed to be a good year for the Singapore-listed company, but the emergence of the pandemic put an abrupt halt to many of its key projects.

But with the pandemic's pressures receding, the company is poised to take off.

One of the key profit drivers in the coming years will be the giant Brunei-based Hengyi Petrochemical phase two project. 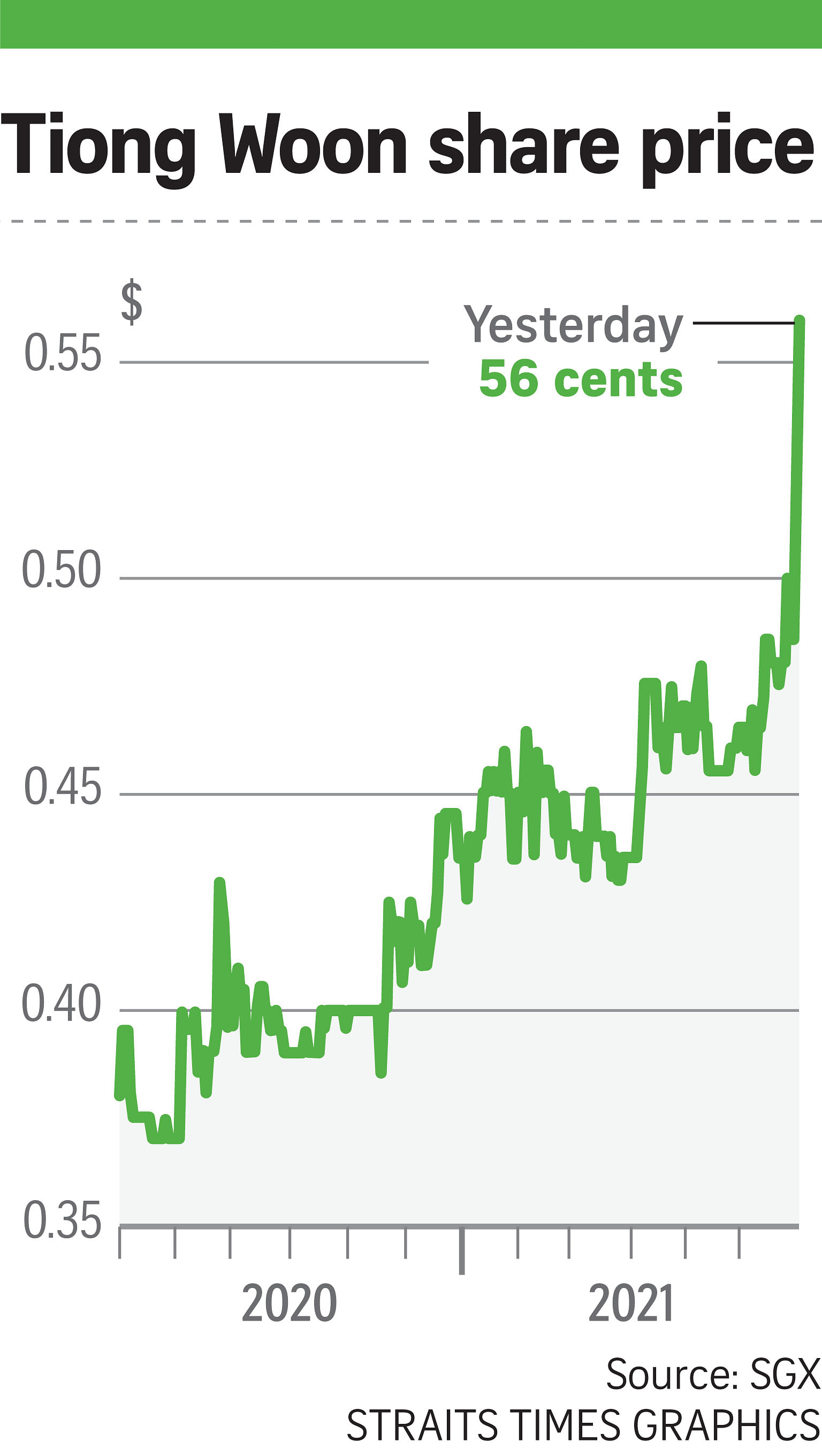 "Given Tiong Woon's strong track record in phase one, securing lifting contracts in Hengyi's phase two will be a key catalyst to Tiong Woon's performance for the next three years."

The report also noted that while TWC's gearing stands at 32.9 per cent, most of the debt is secured by the company's new headquarters, which has a valuation surplus of $45 million or 19 cents per share.

"Factoring this, we think true gearing should only be 13.3 per cent, which is low for a construction player."

Despite the stellar performance, TWC has gone largely unnoticed by investors and trades at an undeserved 0.4 times price-book ratio, despite being healthy, profitable and extremely cash generative, Lim & Tan concluded.