Singapore is switching from a one-size-fits-all strategy to boost productivity in favour of a more targeted approach.

Instead of broadly encouraging companies to invest in automation and train workers, the Committee on the Future Economy (CFE) has called for industry-specific blueprints. The strategy is outlined in the form of Industry Transformation Maps (ITMs) - road maps for each sector rolled out under a $4.5 billion programme announced in last year's Budget.

Companies and industry associations agree this is the way to go, especially in a global economic climate fraught with uncertainties. But the challenge, they add, lies in the implementation.

BROAD-BASED PUSH FOR PRODUCTIVITY NOT ENOUGH

Home-grown gold retailer Ishtara Jewellery went big on incorporating technology in its operations more than a year ago. It forked out close to $100,000 on a system to track and manage the business - from purchases to sales, payrolls, business performance and customer management. Its inventory, which comprises over 5,000 designs, is now managed electronically. This frees staff from the time-consuming task of daily stock-taking and lets them focus on sales, says director and head of strategy Suresh Keerthi. 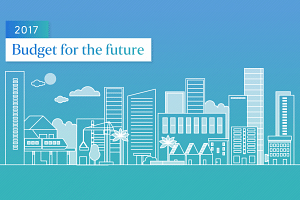 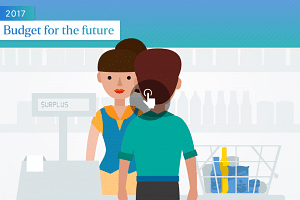 Ishtara is one of thousands of companies responding to the call to raise productivity. Across sectors, firms have poured resources into automation, worker training and new business models - all to get more out of scarce resources like labour.

Yet their efforts do not seem to be showing up in the data.

Labour productivity grew at an average 1.3 per cent per year between 2010 and 2015, weighed down by the sluggish economy and a larger number of workers entering less productive sectors, like food and beverage services.

Mr Keat Ong, president of the Society of Interior Designers Singapore, notes that it used to be more concerned with issues like raising standards. "Productivity was never top of the agenda until in recent years, when the economy started to slow down and the firms had to become more competitive to survive."

Without a breakthrough in productivity growth, a slower economy looks set to become the new normal. The less-than-stellar results of the broad-based productivity push might explain why the Government is increasingly moving towards a more sector-specific approach.

There are plans for 23 ITMs covering around 80 per cent of the economy. Six have been rolled out so far - for the retail, food services, hotel, precision engineering, logistics and food manufacturing industries.

OCBC economist Selena Ling says the ITMs highlight two fundamental changes in the approach to fostering productivity growth and innovation. "There is no longer a fixation on picking winners... There is also more focus on building the ecosystem and local capabilities, instead of relying on multinational companies."

This targeted, industry-specific approach could be more effective - in part because the definition of productivity varies widely across industries.

"Productivity can mean different thing to different people, depending on the type of measurements being used. SingStat measures productivity based on value-add per worker. Companies tend to view productivity based on the ability to do more with less," says Mr Paul Lim, founder and president of Supply Chain Asia which trains logistics and supply chain professionals.

Mr Mark Yong, president of Singapore Furniture Industries Council, says some measures companies in his industry have taken to raise productivity include investing in new technologies like e-commerce and virtual reality, which can help save costs.

Indeed, industry associations like Mr Lim's and Mr Yong's will have a vital role to play in coordinating efforts within each sector, according to the CFE's report. "The ITMs will also look for opportunities to tap on stakeholders such as trade associations and chambers to act as multipliers," it states.

Some industry associations already recognise the need to take the lead on driving change. And the need to keep costs down in land- and labour-scarce Singapore continues to be a major driver for companies to invest in productivity enhancements. The Waste Management and Recycling Association of Singapore, for instance, organises visits to tradeshows and firms in countries like Germany and Japan, to learn about best practices. It also works with its members to develop new technologies.

Its chairman Melissa Tan says: "Productivity has become rather critical for local waste and recycling companies... Our sector is labour intensive, but not enough Singaporeans are joining us."

But challenges remain. Investing to become more efficient can be a costly endeavour, and not all companies see the need to transform.

"Cost is the main factor. A number of companies in the waste and recycling industry are small and medium-sized enterprises and so, to invest in new and expensive equipment can be a huge financial challenge which requires us to have the foresight and guts to take that calculated risk," says Ms Tan.

"Also, it doesn't help that some workers and even management have a mindset that resists change and insist that 'if it ain't broke, don't fix it'."

Still, Professor Ivan Png from the National University of Singapore Business School says the ITMs will help revitalise domestic industry, where productivity must grow in order for wages to rise. "However, we also need to address a more fundamental, deep- seated issue: Why do these businesses not want to upgrade themselves? Why is the market failing?

"If we do not address these issues, the Government will have to intervene every decade with new transformation maps. That is far from ideal."

A version of this article appeared in the print edition of The Straits Times on February 14, 2017, with the headline 'Tailored approach to help each sector cut it'. Subscribe
Topics:
More
Whatsapp Linkedin FB Messenger Telegram Reddit WeChat Pinterest Print Purchase Article Copy permalink