SINGAPORE - Swissco Holdings, poised to file for interim judicial management, disclosed just before midnight on Monday (Nov 14) that it suffered a US$296 million (S$418.5 million) net loss in the third quarter from an US$11 million profit a year ago.

The oilfield vessel operator was pulled under mainly by recogition of huge impairment charges on its rigs.

Its US$181 million of impairments for the three months to Sept 30 came from US$153.6 million on rigs and vessels and US$27.4 million on receivables and a loan to a joint venture.

Share of results of associates and joint ventures swung to a loss of US$107.3 million from a year-ago profit of US$10.7 million due to impairment losses on rigs.

Revenue for the quarter tumbled 63.5 per cent to US$3.8 million. Swissco said there was no revenue derived from its drilling division with two wholly owned rigs and two 50-per-cent rigs being idled for some time. It had also not received charter collections since September 2015 from three joint-venture rigs with Ezion Holdings. 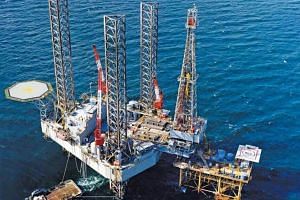 For the nine months ended September, net loss stood at US$299.9 million from a net profit of $46 million.

Swissco on Monday said it will file for interim judicial management over the next few days - the third energy-related firm here to take that option in recent months - after its main lenders rejected its debt restructuring plan.

In its results filing, Swissco disclosed it was in negative equity of US$29.1 million as at end-September, with US$291.6 million of liabilities and just US$262.5 million of assets. Current liabilities stood at US$280.3 million, including borrowings of US$255.7 million, as against current assets of US$27.2 million.

Swissco said it decided to adopt a prudent approach to mark its assets to recoverable value by undertaking significant impairments on its fleet of vessels and rigs as these assets have lost much of their value in the current depressed economic situation.

It also made provisions for loans and receivables based on its assessment of their eventual recoverability.