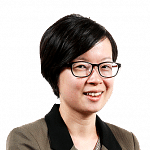 SINGAPORE - The following companies saw new developments which may affect trading of their shares on Monday (Jan 29):

Noble Group: Last week, a Debtwire report said the commodities trader had reached the framework of an agreement to restructure its US$3.5 billion worth of debt, with some issues to be worked through. Under the agreement, Noble's lenders and bondholders will be asked to swap their debt for equity. Iceberg Research has poured cold water on the company's reported debt revamp. In an open letter to Noble's creditors, Iceberg urged shareholders to reject the debt-for-equity swap.

Ying Li International Real Estate: This comes after news that its executive chairman and CEO Fang Ming had disposed of some shares in a S$20.7 million married deal with Chinese state-owned China Everbright Group.

ESR-Reit, Viva Industrial Trust: Warburg Pincus-backed ESR-Reit and Viva Industrial Trust (VIT) are in advanced talks for a share swap deal that will turn the combined entity into the fifth-largest industrial Singapore Reit (S-Reit) by market capitalisation. Both industrial Reits have halted trading of their units since Friday, "pending release of an announcement".

Pacific Radiance: Noteholders of Pacific Radiance may be staring at losses of as much as 70 per cent on their investments, going by the terms laid out in the firm's preliminary proposal to restructure its S$100 million medium-term notes.