Mr Lim has helmed the group since 1975, after using his personal savings and borrowings from the bank and partners to acquire a dormant brokerage firm that was suspended.

The veteran revolutionised the stockbroking industry when he first introduced the first Internet trading platform POEMS. Over the past four decades, he has also turned the company from a single-market and single-product firm into an Asian house with a global reach.

With its headquarters in Singapore, its operations span across 17 countries, including the major financial hubs of Chicago, London, Tokyo, Hong Kong and Singapore.

The 72-year-old chairman, who maintains a vigorous exercise regime by exercising four times a week, said: "Today's competition is no longer products against products but platforms against platforms or ecosystems against ecosystems.

"We'll be myopic to think that competition is just local rather than global. What makes you so sure that your traditional company will still have a place in the sun? The challenge is daunting and I accept this award in trepidation."

The Singapore Business Awards (SBA) is in its 33rd year running and is jointly organised by The Business Times, a business daily published by Singapore Press Holdings, and global logistics giant DHL.

The four awards, known collectively as the SBA, are decided by a panel of judges drawn from the business sector, official agencies and academia.

The Business Times editor Wong Wei Kong noted that with tenacity and resilience, the winners have continuously strived to achieve stellar results and proven themselves as market leaders in their fields. 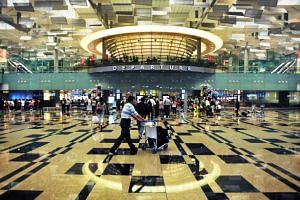 The Outstanding CEO of the Year award went to Changi Airport Group (CAG) CEO Lee Seow Hiang for his inspired leadership in the continued development of Changi Airport as one of the greatest air hubs in the world.

Under his purview since 2009, CAG has also built on the success of Changi Airport to expand overseas, investing in and managing foreign airports through its subsidiary Changi Airports International (CAI), whose presence now spans major economies including China, India, the Middle East, South America and Europe. 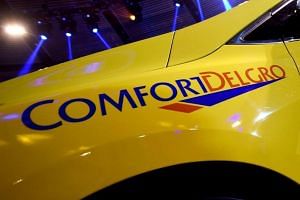 ComfortDelGro (UK & Ireland) Jaspal Singh also caught the eye of the SBA panel of judges for his track record in expanding ComfortDelGro's operations and branding in the UK and Ireland.

Mr Singh, a Singaporean, moved to Britain to assume this role in 2004 after 27 years in the civil service. As part of his appointment, he is concurrently CEO of Metroline, ComfortDelGro's largest single investment in the UK, and CEO of CityFleet Networks, which holds together all of ComfortDelGro's taxi and private hire operations in the UK.

Mr Singh said he is accepting the award on behalf of his "first-class management team and the 5,700 hard-working men and women in Metroline who work passionately around the clock in all weather conditions, to keep London moving". 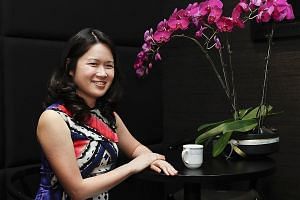 Firm gets the job done with hiring expertise

Receiving The Enterprise Award on Wednesday was HR consultancy firm HRnetGroup, which has punched above its weight in an industry dominated by foreign names.

The Singapore-listed firm now employs 1,000 full-time consultants across 10 global cities and serve 2,000 clients, including 104 of the companies on the Fortune 500 list.

Congratulating the winners, President Halimah Yacob said at the gala dinner on Wednesday that they "have exemplified the spirit of entrepreneurship, resilience and visionary drive".

But today's technological disruptions, shifts in global supply and value chains, and domestic constraints will fundamentally change the complexion for businesses, she added.

She urged businesses to innovate, internationalise, raise productivity through technology, and build human capital as a strategic asset - following in the footsteps of Singapore firms that have done so.

"To support businesses in coping and capitalising on these fundamental shifts, the government will continue to invest for the longer term and foster conditions for growth and transformation of our businesses," she said.