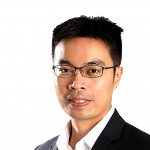 But cost reductions meant operating profit fell only 4.1 per cent to $67.9 million.

Profit was boosted by an investment income of $12.4 million, owing to gains on disposal of investments and dividend income.

SPH chief executive officer Ng Yat Chung said in a statement that the company will roll out new products to deal with the disruption in the core media business.

"At the same time, we will continue to pursue other growth opportunities to diversify revenue streams," he said.