The dent in earnings was mainly due to exceptional fair value losses from warrants in an associated company, reflecting changes in the market value of the financial instrument, SingPost said.

Earnings per share for the quarter came in at 0.66 cent, down from 1.22 cents in the year-ago period.

The group's board of directors has declared an interim dividend of 0.5 cent per share, to be paid out on Aug 31.

For the three months to June 30, revenue rose 3.3 per cent to $372.6 million, attributable to growth in international mail and last-mile deliveries, driven by eCommerce, as well as rental income.

Underlying net profit was down 9.8 per cent to $24.7 million, as the improved operating profit before exceptional items was offset by lower contributions from associates investing for growth, and increased tax. Specifically, income tax expense rose 38.8 per cent to $11.6 million from a year ago. 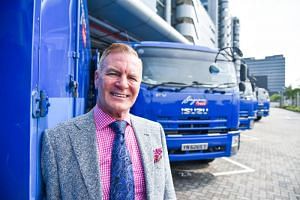 In April this year, SingPost reclassified the reporting of its business units into four key segments, namely Post and Parcel, Logistics, e-commerce and Property.

Overall, the group continues to benefit from positive global e-commerce trends, with e-commerce-related revenue from across the segments rising 8.8 per cent to make up 53.7 per cent of the group's total revenue.

Property also posted a 67.1 per cent increase in operating profit, due mainly to rental income from the SingPost Centre retail mall, which saw committed occupancy improve further to 96.7 per cent as at June 30.

Said SingPost's group CEO Paul Coutts: "As strong growth in global e-commerce drives cross-border and last-mile deliveries, we are focused on executing well to keep up our operational momentum as we transform SingPost for the future."