SINGAPORE (BLOOMBERG) - Singapore is grabbing a sub-second opportunity to win a bigger slice of the world's US$5.1 trillion-a-day foreign exchange market.

The South-east Asian nation is encouraging major foreign-exchange players to build systems in the country that would remove the sub-second delay caused by routing trades via Tokyo or London. The move is part of a plan to expand the island's overall currency-trading industry, said Monetary Authority of Singapore's Benny Chey.

UBS Group and Citigroup have already set up pricing engines on the island and MAS hopes to bring in six to eight more big players, including non-banks and multi-dealer platforms.

"We are positioning ourselves to be plugged in to growing Asian wealth," said Chey, assistant managing director of development and international at MAS. "As this large macro shift in Asian economic growth and rising Asian wealth takes place over the medium term, we are trying to build out the efficiency of our ecosystem" to close the gaps with other trading hubs, he said.

The Government is offering grants and tax incentives to sweeten Singapore's appeal as a hub to trade everything from major currencies to emerging-market offerings such as the Chinese yuan.

While Singapore is already Asia's biggest forex trading centre by volume, it's still a long way behind the UK and US where investors exchange US$2.41 trillion and US$1.27 trillion respectively each day. Singapore is hoping to narrow that gap by tapping the region's US$22 trillion wealth market, where investors are increasingly drawn to currencies as an alternative to equity and debt markets.

Singapore, famed for its low taxes and open financial services sector, saw average daily currency trading rise to about US$529 billion in February, from US$416 billion in December 2016, according to MAS data. 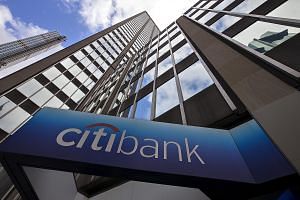 The heart of the challenge for Singapore is latency - the 10th of a second extra it takes to route a trading order through servers in Tokyo or London or New York, where most major banks have traditionally sited their trading engines. To capture big-volume players like hedge funds and high-frequency traders, the government needs to persuade companies to build those expensive systems and data centres in Singapore.

"The community here needs instant and effective access to markets," said Wong Joo Seng, chief executive officer of currency platform provider Spark Systems Pte, which won financial support from MAS to set up in Singapore. Spark aims to ramp up its business on the island as more players set up shop and liquidity improves.

The MAS acknowledges that players here are "disadvantaged" by the latency, said Chey. "It's a key priority for us."

The incentives and efforts to slash latency helped spur Citigroup, the world's joint biggest forex trading group by market share, to set up an electronic trading and pricing platform in Singapore. Previously, its Asia-Pacific clients needed to connect via Tokyo.

"A round trip latency between Singapore and Tokyo is like 70 milliseconds - I know that doesn't sound much but that makes a big difference to the way that the local clients are able to discover price," said Mark Meredith, Citi's global head of electronic trading for FX and local markets based in London.

Key to the success of Singapore's efforts will be the ability to attract players across the whole spectrum of the currency markets, not just high-frequency traders, but also those involved in international trade finance as well as individual investors looking to widen their portfolios.

Shanghai-based Platinum Analytics is moving its headquarters to Singapore, where it will build an offshore electronic-trading platform for Chinese yuan, said co-founders Qihong Bao and Jack Gu. Chinese nationals make up most of the firms' clients, they said.

"The efficiency of how MAS does things, that made us decide to switch our operations to Singapore," Gu said.

Hong Kong is the world's largest clearing centre for the yuan, with a 75 per cent market share, followed by the UK and Singapore, according to the Society for Worldwide Interbank Financial Telecommunication, or SWIFT.

One advantage Singapore has is its location at the centre of the 11 South-east Asian nations, where rising international trade is driving the need for more sophisticated foreign-exchange instruments and facilities.

"It's well positioned from a geographical perspective for South-east Asian currencies," Citigroup's Meredith said. He also pointed to the "explosive growth" in non-deliverable forwards in the region. NDFs are instruments sometimes used in international trade to hedge transactions in currencies that are non-convertible, such as the Chinese yuan.

Singapore is playing a long game and the government's efforts are unlikely to bear fruit overnight, according to MAS's Chey. "Singapore has a good mix of real-money demand that have investment needs as well as risk-management and hedging needs," he said. "When these demands are here and growing, the demand on FX and FX-trading volumes will rise commensurately."

In addition to Spark and Platinum, the central bank has backed London-based market maker XTX Markets Ltd to set up a pricing hub in Singapore. MAS declined to disclose the cost of the incentives. The authority said in 2017 that its support for Spark was part of a S$225 million plan to fund technology and innovation in the financial industry.

While incentives could swing decisions at the margin, the ability to lure companies to Singapore ultimately requires a "compelling commercial case and strong client demand," Chey said.

Singapore's forex growth has come at a cost for other hubs in Asia. Japan, once the predominant trading centre in the region, slipped to third by average daily trading volume in 2016, behind Singapore and Hong Kong. Investors exchanged US$415 billion a day in Tokyo in April 2018, up 7.4 per cent from the US$386.3 billion recorded in October 2016, according to the Tokyo Foreign Exchange Market Committee.

Japan's loss of market share is partly due to a move by global banks over the past two decades to consolidate FX trading in Asia, said Takuya Kanda, general manager at Gaitame.com Research Institute in Tokyo. "Having several centres in this region - Hong Kong, Singapore and Japan - was a bit excessive," he said.