Shares of Singapore companies with earnings and asset exposure to Britain took a hammering last Friday, in the aftermath of the shock Brexit vote result.

It was part of a heavy sell-off across the board, with investors off- loading riskier assets and rushing to safe-haven assets such as gold, the Japanese yen and US dollar.

And there is lingering fear that the sell-off will continue until there is greater clarity on how the British government intends to negotiate a formal exit from the European Union, say analysts. 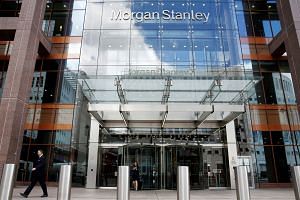 US banking giants look for a city to replace London 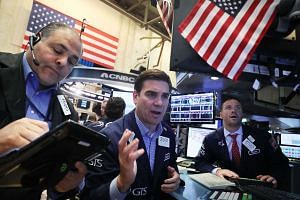 Britain's departure 'will unleash $406b in automated stock sales' 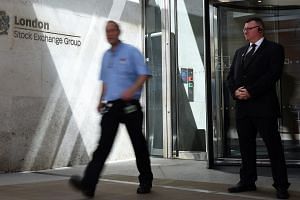 "These stocks were sold amid an uncertain outlook for Britain, on how Brexit will pan out," said IG market strategist Bernard Aw.

"Naturally, there are concerns about whether Britain will be able to sustain its economic growth and negotiate trade and investment deals... Investors will offload their risky assets until more clarity emerges from policymakers."

Such a "risk-off" mindset should persist for some time, analysts noted. Along with the added uncertainty from British Prime Minister David Cameron's resignation, the Brexit contagion could spread to European Union (EU) nations such as France and Spain, both with strong nationalistic movements, said KGI Fraser Securities trading strategist Nicholas Teo.

"The fact that markets have moved so much (on Friday) highlights that nobody expected this."

For Singapore companies in Britain, the most telling impact so far has been seen in the free-falling pound, which sank to its lowest level in over 30 years on Friday.

A weaker pound translates into lower revenue and earnings in Singapore dollar terms.

Britain and Ireland account for 25 per cent of ComfortDelGro's revenue and 20 per cent of its profits, Maybank Kim Eng analyst Derrick Heng noted. CDL has 11 per cent of its assets in Britain and derives 12 per cent of revenue from there. A spokesman for CDL said it manages its foreign exchange exposure by a policy of matching receipts and payments, and asset purchases and borrowings in each country, which creates a natural hedge.

Other companies were also sanguine about the situation, with British membership in the EU expected to take two years to unravel.

A Sembcorp spokesman said it does not expect any significant impact on its British income, as its business there is mainly providing essential utilities on an industrial site. Property firms Rowsley and Heeton Holdings said their businesses would be largely unaffected.

Mr Ronald Tay, chief executive of Ascott Residence Trust's manager, noted that while corporate travel could be affected, there could be an increase in leisure travellers if the pound remains affordable.