CALIFORNIA (REUTERS) - Shares in meat alternatives company Beyond Meat slid on Tuesday (July 30), a day after the company known for its pea-based burgers and sausages announced a stock offering plan to raise capital just three months after going public.

Beyond Meat shares were down 10 per cent at US$199 (S$272.51) in late morning trade on Nasdaq. The company on Monday said 3.25 million new shares would be issued, including 3 million shares from selling stockholders.

The El Segundo, California-based company said proceeds from the 250,000 shares offered will be used to expand Beyond Meat's manufacturing facilities and pay for marketing investments.

Beyond Meat's shares have surged more than 780 per cent since its May IPO as the company's meat alternatives entered the menus of restaurants such as Carl's Jr and hit the shelves of grocers, including Kroger Co.

Analysts at JPMorgan in a note on Monday said Beyond Meat's growth opportunity and strong management were already reflected in the company's valuation.

Alexia Howard, an analyst at Bernstein, said plant-based meat alternatives had significant growth potential, with Beyond Meat being well-positioned as one of the industry's frontrunners. 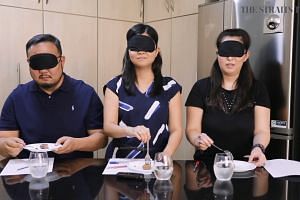 Meatless but not worthless: Fake meats a fast-growing market for eateries

According to a research report by Mintel, some 40 per cent of US consumers are looking to add more plant-based protein to their diet, amid growing concerns about health risks from eating meat, animal welfare and the environmental hazards of intensive animal farming.

But the company is seeing competition from Impossible Foods, another California plant-based burger startup, and meat companies like Tyson Foods Inc and Perdue Foods, which now offer meat protein products mixed with plants.