In a statement, the SGX said the key changes include integrating the sales and product teams to provide comprehensive client solutions, deepening its international presence in growth markets, and streamlining technology and operations units to enhance operational resilience and responsiveness.

SGX chief executive officer Loh Boon Chye said, "The changes we are taking will create a simpler and flatter structure, making us more efficient and better equipped to take on challenges and opportunities.

"As we continue to focus on building innovative and sustainable markets, investors and companies can expect from SGX a more solution-driven and customer-centric approach to their investing, risk management and fund-raising needs," he added in the statement which was released after market closed.

One example is the integration of its sales and product teams to form "three vertical businesses", which will provide more "holistic" delivery of its offerings as a multi-asset exhange, the exchange said.

With the changes come a raft of personnel changes, effective from Jan 1, 2016.

MIC is a new unit under which SGX's international offices - in China, Hong Kong, India, Japan and UK - will be consolidated. And it will develop dedicated country strategies "to drive greater adoption" of the bourse's products and services globally.

With the new organisational structure, SGX added that its head of compliance Glenn Seah will become its head of legal, compliance and company secretary, while China-based head of listings Lawrence Wong will be relinquishing that role, to focus on his position as head of China business.

Meanwhile, its chief of operations and technology officer Tim Utama has decided to leave the company, but will stay on to "oversee the transition, and to see through the implementation of the Board Committee of Inquiry recommendations", SGX said. 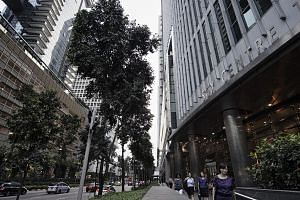 The recommendations were made following a major market disruption in last November- which forced trading to be suspended for several hours. Mr Utama joined SGX in December 2012.