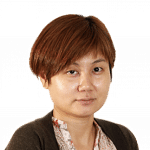 SINGAPORE - Sembcorp Industries has set out to consolidate its thermal and renewable energy businesses under a single entity.

The listed group said before Monday's (Feb 19) trading hours that three transfers of shareholding interests in these businesses had taken place as part of the reorganisation of its India energy operations.

Second, its partner, Gayatri Energy Ventures (GEVPL) has transferred its 12 per cent stake in SGPL to SEIL.

Third, SCU has transferred its 71.6 per cent stake in Sembcorp Green Infra (SGI) to SEIL.

The consideration for the transfers was in SEIL shares, issued as fresh equity to SCU and GEVPL, taking into account their respective shareholdings in SGPL and SGI.

Sembcorp Industries also said that the proposed buyout of SGI remains on track for completion in this quarter. On Aug 31, 2017 the group announced that it had entered into a deal to acquire the remaining 28 per cent stake in SGI from IDFC Private Equity Fund III.

Once these transfers and transactions are completed, the group's thermal and renewable energy businesses will be consolidated under SEIL. Sembcorp Industries will hold an effective stake of 93.7 per cent in SEIL, while GEVPL will hold 6.3 per cent interest.