Shareholders lost out because of mistake in takeover bid process, says SIAS

Osim International should compensate shareholders who lost out as a result of an error committed in the takeover bid process, an advocate for small investors has urged.

The Securities Investors Association Singapore (Sias) wrote to the chairman of the Securities Industry Council (SIC) yesterday to appeal for a probe into Osim founder Ron Sim's purchase of nearly 17 million Osim shares at prices between $1.38 and $1.39 on April 5.

Credit Suisse said on Monday that it "inadvertently" bought the shares on the open market at prices that were above the $1.37 offer price. The bank was acting on behalf of Vision Three, a private investment vehicle owned by Mr Sim. 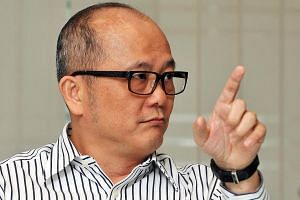 As a result, Vision Three was ordered by the SIC to raise the offer price to no less than $1.39 per share. Sias president and chief executive David Gerald said in his letter that Sias is concerned that the series of purchases on April 5 could have created a "false market" for Osim shares on that day. He noted that the 17 million shares acquired by Vision Three represent some 2.3 per cent of Osim's 741.6 million shares outstanding. This was a significant block of shares that could tip the balance in favour of Mr Sim's plan to privatise the massage chair company.

"Sias is concerned that shareholders who had sold their shares at prices below $1.39 on April 5... may have suffered losses," wrote Mr Gerald.

He urged the SIC to probe and said it should consider if the shareholders who had suffered losses on April 5 be properly compensated.

Veteran investor Mano Sabnani said it is good that Sias is following up. He said investors who sold the shares at $1.37 and $1.38 should be compensated up to $1.39.

Separately, this additional 2.3 per cent of the outstanding shares acquired should be excluded from the 90 per cent that Mr Sim requires to delist and privatise the company.

"It's a fluke, just like you commit a foul play and score a goal," he said.