SINGAPORE - After years of running mixed martial arts events, Heliconia Capital-backed One Championship is now sinking its teeth into the lucrative e-sports space with its first planned events for the 2019-2020 season, helmed by newly appointed One Esports chief executive Carlos Alimurung. Heliconia Capital is a subsidiary of Temasek Holdings.

The new venture will kick off with a hybrid martial-arts and martial-arts e-sports event in Tokyo and a pair of Dota 2 competitions.

One Esports will host its own Dota 2 Invitationals in Singapore at the Indoor Stadium in December, and again in Jakarta come April next year.

In addition to the Dota competitions, One Esports will host a commemoration for One Championship's 100th event, to be held in Tokyo this October.

The One Martial Arts Fan Fest will feature martial artists, as well as Tekken and Street Fighter e-sports players, competing and interacting with fans.

"There is a natural crossover between martial arts and gaming fans in Asia," said One Championship founder, chairman and CEO Chatri Sityodtong. 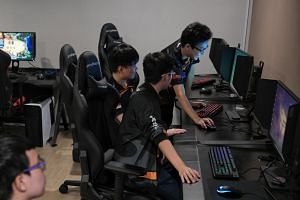 In particular, One is hoping to leverage its experience in highlighting martial artists' hard work and training to do the same for e-sports competitors committed to their craft, said Mr Alimurung.

"One's DNA is about celebrating inspirational stories and heroes, which will be instrumental in enriching the region's entire e-sports ecosystem of amateurs, pro players, game developers, leagues, organisers, country agencies and brands."