SYDNEY (REUTERS) - Asian shares crept higher and the Mexican peso climbed on Monday (Oct 10) as markets saw less chance a victory by Republican nominee Donald Trump in his US presidential bid amid a scandal over vulgar comments he made about women.

A holiday in Tokyo limited the early reaction and MSCI's broadest index of Asia-Pacific shares outside Japan was up a bare 0.1 per cent.

Mr Trump faces the biggest crisis of his 16-month-old campaign after a tape of him making vulgar comments about women deepened fissures with establishment Republicans. 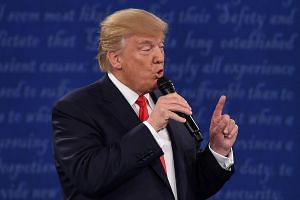 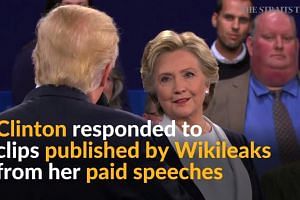 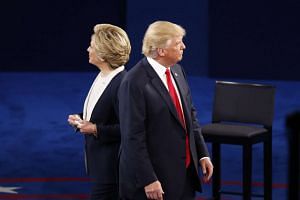 Fact-checking the second presidential debate: The past comes up again and again 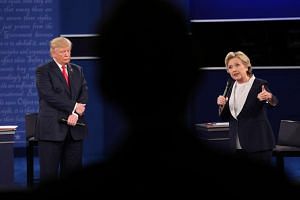 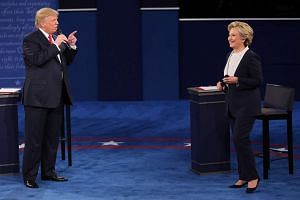 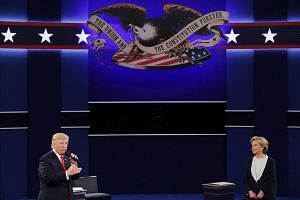 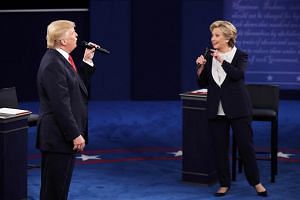 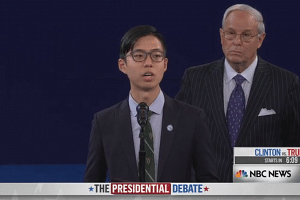 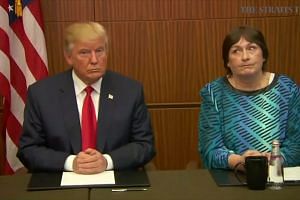 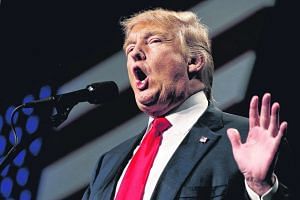 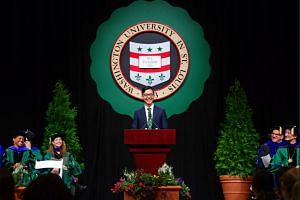 A second debate with Democrat Hillary Clinton on Sunday night seemed to have little immediate impact on investor thinking.

Presidential betting markets had lengthened the odds on a Trump victory, while the FiveThirtyEight site of well-regarded forecaster Nate Silver put the probability of a Clinton win at over 81 per cent.

Markets generally see Mrs Clinton as a known factor with middle of the road policies. There is far more uncertainty about what a Trump administration would mean for US foreign policy, trade, the economy and even governance at the Federal Reserve.

In particular, Mr Trump's plans to slap tariffs on imports and renegotiate the North American Free Trade Agreement (Nafta) are seen as very negative for Mexico and Canada, which is why their currencies swing when his odds of winning change.

Both currencies were on the rise on Monday, with the US dollar down 1.7 per cent on the Mexican peso at 19.00 and off 0.4 per cent on its Canadian counterpart.

The pound was steadier around US$1.2430 after its flash crash last Friday, though dealers braced for more volatility amid concerns about a "hard" Brexit.

"The uncertainty of leaving the single market is causing enormous concern over the future of the UK economy and the funding of its twin deficits," said analysts at ANZ. "Moreover, the rhetoric from the UK government on immigration and EU legislation has hardened of late at the same time as the EU's position is also hardening."

China's central bank set the value of its yuan at the lowest since September 2010 as markets there returned from a week-long holiday.

Spot yuan fell through the key psychological support level of 6.7 to the dollar to a six-year low. A similar dip in mid-July prompted strong intervention by state-run banks, but investors took the fall calmly, unlike sometimes in the past when such moves sparked market unease.

There was relief that US payrolls data were solid enough in September but not so hot as to add to the risk of a rate hike from the Federal Reserve rate hike.

Fed fund futures imply less than 10 per cent chance of a move in November, rising to around 65 per cent for December.

Spot gold regained some ground to US$1,260.46, after suffering its largest weekly drop in over three years.