SINGAPORE - The Singapore Exchange has granted Hyflux further extensions to report its financials and to conduct its annual general meeting for fiscal 2018 as it undergoes reorganisation, the cash-strapped water treatment company announced late on Wednesday night (Jan 2).

The latest extensions come after Hyflux had in July last year requested for a six-month extension to announce its financial statements for the second quarter ended June 30, which was supposed to be announced by Aug 14, 2018; along with a three-month extension to release its third-quarter results.

Shares in Hyflux remain suspended and last traded at 21 cents apiece on May 18, 2018.

In its regulatory filing on Wednesday, the company said the duration of these further extensions is linked to its debt moratorium, which will provide the group with time to reorganise its liabilities and businesses.

The Singapore High Court had previously granted Hyflux a 4½-month extension of its debt moratorium to April 30, 2019.

The company added that there has been a standstill on the payment of all pre-May 22, 2018 debts since its application on that date for a six-month moratorium for itself and its units, and is facing stringent controls on the group's cash, such as paying only critical expenses relevant to the reorganisation. 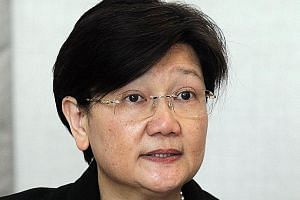 The water treatment firm on Oct 18 also announced that it had entered into a restructuring agreement with an investor for a total investment of $530 million, subject to various conditions.

Hyflux said that since it is negotiating terms of its reorganisation under the court-supervised process and the six-month moratorium, releasing its financial statements at this point before in-principle agreement of any terms of agreement that could arise, or before there is clarity on any financing proposals to be put forth, could result in inaccurate and incomplete reflection of financial information.

"The company can only start to prepare the relevant financial statements when it has certainty regarding the terms of the reorganisation and the financing proposals (if any), which is expected to take additional time," Hyflux said.

Most recently, Hyflux on Monday said it has obtained approval from secured lender Maybank to extend the timeline for the divestment of the Tuaspring integrated water and power plant.

Maybank is now giving Hyflux until Jan 31, 2019, to execute a binding agreement with a successful bidder or investor, an extension of the Oct 29, 2018 deadline earlier agreed upon. Maybank reserves the right to terminate the collaboration agreement if the new deadline is breached.