The company, which does machining and metal fabrication, needed the loan to buy raw materials for inventory, MoolahSense said in a press release on Thursday (March 3).

The investors will get a yield of 18 per cent nominal interest rate per annum and are to be repaid the principal amount of their loans in 12-month installments. 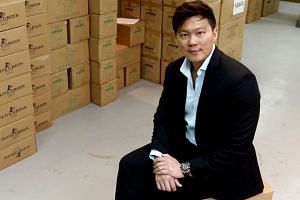 Getting a business loan in two hours

Before launching the campaign, the SME had made known the projected proceeds from confirmed sales orders, which will be used to repay the acquired business loan, MoolahSense said.

MoolahSense said Singapore companies in other sectors have also raised a significant amount of funds within a short span of time.

For instance, a company in the steel fabrication sector raised S$100,000 in one-and-a-half hours. An eco-friendly product manufacturer raised S$130,000 in two hours.

MoolahSense is one of several crowdfunding firms that have launched in Singapore over the last two years. It said last month that it helped raise S$5 million in loans for 22 SMEs since it was launched in late 2014.