SEOUL - Hanjin Shipping Co's former chairman Choi Eun Young is being investigated for possible insider trading after she sold all her stock in the company, the Wall Street Journal reported.

The sell-off saved Ms Choi and family around S$1.35 million as Hanjin continued to sink amidst the global downturn in trade, the WSJ, quoted authorities as saying.

The offloading of the stock led to an investigation by South Korea's Financial Services Commission, which then handed the case to the Seoul Southern District Prosecutors' Office.

The investigators are probing whether Ms Choi had inside knowledge when she and her daughters - Cho Yoo Kyung, 30, and Cho Yoo Hong, 28 - liquidated their shares.

Earlier on March 24, Hanjin announced it was considering selling some overseas terminals and its London office building to improve its finances. 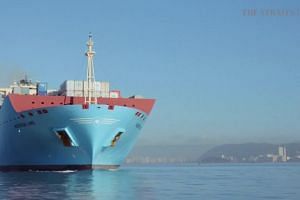 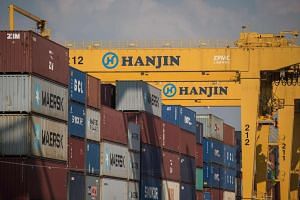 On April 25, a few days after Ms Choi and her daughters had completed their stock sale, Hanjin Shipping applied for a creditor-led debt restructuring. That was later rejected and the company filed for bankruptcy on Aug 31, according to the WSJ.

Ms Choi defended her action on her share trading to the Korean National Assembly, which conducted a hearing on Sept 9 following Hanjin Shipping's Aug 31 bankruptcy.

The company's collapse resulted in dozens of ships being stranded at sea as ports and dockworkers refused to unload their containers fearing they would not be paid docking fees and wages.

Ms Choi told lawmakers that she had sold her stock to setttle personal debt, and was not aware that the company was headed for bankruptcy, WSJ reported. Ms Choi said she had expected creditors to bail out Hanjin Shipping, it added.

Ms Choi, who ran the Hanjin Group for seven years, also said she was not prepared to lead the country's top ocean shipping company. A housewife, she took over the helm after the death of her husband seven years ago.

Hanjin Shipping is part of the Hanjin Group, whose founder Cho Choong Hoon started a trucking business in 1945 and made a fortune hauling supplies for US forces during the Vietnam War. Among other businesses, it owns the country's biggest carrier, Korean Air Lines.

To many South Koreans, Hanjin's woes are typical of the difficulties chaebol are facing as the offspring of the founding generation fumble in their attempts to keep control of the family's business empires, said the BBC.

Apart from being another victim of the slump in global trade, some analysts have laid part of the blame for the sinking of Hanjin Shipping on costly long-term ship leases Ms Choi had agreed to during boom times when the global shipping industry was buoyant, said the paper.