SINGAPORE - Ride hailing company Grab said it has secured debt facilities of up to US$700 million (S$951.9 million), the largest ever raised by a South-east Asian start-up. It also announced that it has signed an exclusive partnership with SMRT to build the largest car rental fleet in the region by the end of next year.

The US$700 million debt facilities, secured from leading global and regional banks, will be used to create the largest car rental programme in South-east Asia to meet robust demand from driver partners in the region, Grab said in a media release on Friday (Oct 20).

Grab said that with the new financing in hand, it will make more cars available for rental, provide more favourable rental terms and services for driver partners, and increase the supply of vehicles on the road, making rides faster and more affordable for passengers.

The number of Grab drivers in the region has nearly tripled since January to over 1.8 million drivers, which it says is the largest land transportation fleet in South-east Asia.

Grab president Ming Maa said, "This record-breaking debt financing round clearly demonstrates high confidence in our business model and market leadership from several of the world's leading banks. Now with over 72 per cent market share in the region, we will further consolidate our unassailable market lead through the largest car rental programme in South-east Asia." 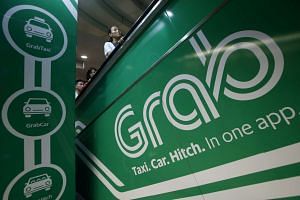 SMRT in talks to sell its taxi business to Grab

Grab also said it will build the largest and most advanced taxi and private-hire car fleet in Singapore, with exclusive access to SMRT's entire network of taxis and Strides private-hire cars. SMRT,  Singapore's third largest cab operator, was reported in April to have a fleet of some 3,400 taxis.

Grab said its current market share is 95 per cent in third-party taxi-hailing and 72 per cent in private vehicle hailing.

It added that according to TNS, a global market research firm, Grab is the ride-hailing and taxi booking brand used most often in Singapore, Indonesia, the Philippines, Malaysia, Thailand and Vietnam, with over three million daily rides in the region.