It's an effort to de-escalate a global battle over how to tax the digital economy.

The framework proposal, released Wednesday by the Organization for Economic Cooperation and Development (OECD), would allow countries to tax large multinationals even if they did not operate inside their borders. If international negotiators can now reach agreement on its key details, the plan will pave the way for new taxes not just on tech companies but on automakers and any other large multinational firms that operate online.

Political and corporate leaders have clashed in recent years over how - and where - to tax companies that operate across national borders, particularly those that sell goods and services online.

Traditionally, companies have paid taxes in the countries where their economic activity is generated. But in the digital economy, firms can "move" the source of their profits, like patents and other intellectual property, to countries where tax rates are extremely low. That allows them to pay lower rates than companies that operate only in a single country like the United States.

Many countries, particularly those in Europe, have moved to curb that practice by approving new taxes on large multinational companies that sell to their citizens but pay little or no tax to their countries. France approved a new digital tax this year that would hit large US tech companies like Google. The Trump administration responded by threatening tariffs on imported French goods, like wine, before the countries agreed to pause their plans in hopes of finding a multilateral agreement through the Organization for Economic Cooperation and Development.

Wednesday's release brought an 18-page framework plan that officials hope will form the basis of an international agreement on digital taxation as early as next year. That framework would fundamentally alter how and where companies that operated across national borders were taxed, though it leaves the details of those tax rates to future negotiators. It suggests new rules on where companies should pay taxes - largely based on where their sales occur - and which profits are subject to taxation. 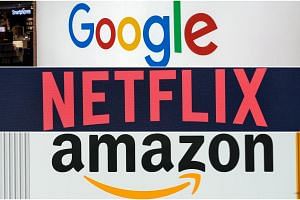 The framework applies only to multinationals with annual revenues of about US$825 million or higher. It excludes manufacturing suppliers and resource extraction companies, like oil companies.

As it stands, the framework appears to be a victory for large, consumption-heavy countries like the United States, China and much of Western Europe, and a loss for so-called tax havens, like Ireland. Advancing the negotiating process is a win for large multinationals, even though a final deal could put them on the hook to pay more in taxes, because the alternative appears to be a series of country-by-country digital taxes that could be expensive to comply with.

"Amazon welcomes the publication of these proposals by the OECD, which are an important step forward," a spokeswoman said on Wednesday in an email. "Reaching broad international agreement on changes to fundamental international tax principles is critical to limit the risk of double taxation and distortive unilateral measures and to provide an environment that fosters growth in global trade, which is vital for the millions of customers and sellers that Amazon supports around the globe."

A Treasury Department spokesman said Wednesday that the United States "is studying the OECD Secretariat's proposal and is actively engaged in the process aimed at forging a consensus on international tax issues" before reiterating the administration's opposition "to unilateral digital services taxes."

The framework will be taken up for discussion by finance ministers from large countries, who are due to meet in Washington next week.