SINGAPORE - All of ES Power's business and residential customers, totalling more than $15 million in electricity retail contracts, will be transferred to its fellow green energy retailer iSwitch by the end of June, under a new partnership between the firms.

iSwitch will maintain the same electricity rate, terms and conditions of ES Power's existing contracts for these customers.

"This lays a platform for future consolidation in the market, in which iSwitch expects to continue to play a leading role," he added.

The transfer process for the contracts is purely administrative and performed electronically, so there will be no disruption to the customers' electricity supply, iSwitch said in a media statement on Thursday (June 6). ES Power customers have been notified of this transition.

Both retailers also announced on Thursday a joint marketing initiative to help promote sustainability and a greener Singapore.

Under this marketing partnership, ES Power will help to build iSwitch's customer base by marketing and promoting green electricity on behalf of iSwitch, while iSwitch will supply electricity to all its consumers, Mr Koscharsky told BT. 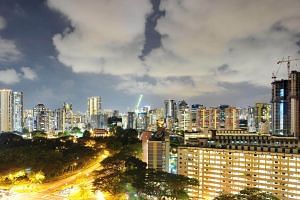 ES Power will also "green-up" the electricity usage of iSwitch's customers, by procuring, managing and surrendering the carbon offsets for the electricity that they sell, Mr Koscharsky noted.

Their consolidation comes shortly after five players exited Singapore's retail electricity market for big businesses, amid fierce competition triggered by a phased liberalisation of the sector.

iSwitch is a licensed electricity retailer in Singapore offering 100 per cent green electricity and currently serving more than 1,500 commercial accounts and 70,000 residential customers. It said that it has helped offset 35,000 tonnes of carbon dioxide - equivalent to 175,000 trees planted - since April 2016.

ES Power is the energy brand of Singapore-headquartered Environmental Solutions (Asia), which recovers base and precious metals from industrial waste.