SINGAPORE - By 2025, assets under management (AUM) in the Asia-Pacific is set to outpace any other region globally, and almost double that from 2017, according to a report released by PwC on Tuesday (Jan 22).

Granted that protectionism remains limited and geopolitical activity remains relatively sanguine, Asia-Pacific AUM is set to grow at a compound annual growth rate of 8.7 per cent, from US$15.1 trillion ($20.5 trillion) in 2017 to US$16.9 trillion in 2020, and US$29.6 trillion by 2025, PwC said.

In particular, retail or mutual funds including exchange-traded funds estimated AUM is expected to more than double to US$11.9 trillion.

Driven by massive growth expected from China's Belt and Road Initiative and other initiatives across the region, PwC also noted that Asia is set to become one of the largest infrastructure investment regions globally. It added that the current asset management hubs of the region, Singapore and Hong Kong, will likely be joined by a third, namely Shanghai.

Furthermore, the burgeoning wealth of the mass affluent and high net worth individuals in the Asia-Pacific region will also provide opportunities for asset managers to service these growing segments. This will in turn propel huge growth in the region's asset and wealth management industry, allowing it to overtake the more developed regions of Europe and North America, PwC said. 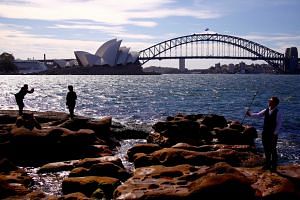 Over half of institutional investors to increase Asia-Pacific property allocations: Survey

"Asia-Pacific investors tend to be more active and focused on returns, and are prepared to take risks to reach their targeted returns... However, the introduction of robo advisers and more digitalised fund advice will play a large role in paving the way for passive growth in the region, opening up new distribution channels and disintermediating current ones.

"This new order will further be bolstered as pension reforms in countries such as China continue, allowing pensions to invest in passive assets," said PwC's Asia-Pacific Asset and Wealth Management leader Justin Ong.

Regionally, the shift towards transparency surrounding fees, coupled with younger, tech-savvy investors turning to lower cost alternatives such as robo advisers are set to increase pressure on fees and decrease margins, the report noted.

Added Mr Ong: "Going forward, asset and wealth managers that achieve success will be those that beat the market. As new investors enter the market, the industry will become increasingly digitalised, and investors will look to managers who can tailor portfolios to their needs. Firms will need to combat fee pressure by reducing costs and gaining new investors.

"As such, asset and wealth managers should reorganise their business structure to support their priorities and specific capabilities and cut costs elsewhere. Firms must also embrace technology and nurture and retain talent as the industry reinvents itself to reflect its widening customer base."

Separately, the report also highlighted that venture capital (VC) is one of the fastest-growing opportunities in the Asia-Pacific. The region now ranks just below the US in terms of deals, with China leading the market and accounting for five of the top 10 largest VC investments at the end of 2017.

And with investors demanding more clarity in their investments, sustainability investing is also on the rise, in part due to millennials who prefer to invest in alignment with their personal values, the report said.