WASHINGTON (AFP) - The US Supreme Court on Monday (Nov 6) upheld a US$120 million (S$163 million) patent award Samsung was ordered to pay Apple in the latest ruling in a series of legal skirmishes between the top two smartphone makers.

The US justices let stand without comment a 2016 appeals court verdict reinstating the award for Apple, which sued Samsung over patents for "slide to unlock" and other features used on smartphones.

The case is separate from a bigger patent court battle in which Samsung was initially ordered to pay $1 billion to the iPhone maker. That case is set for a new trial over some elements of the damages awarded.

Monday's ruling involved some smartphone features Apple alleged were copied by the South Korean electronics giant. Samsung had claimed these features were "obvious" and thus not able to be patented.

Apple had sought some US$2.2 billion at trial, only to have a jury award the California-based company US$119.6 million. An appeals panel overturned that verdict, but the full appellate panel reinstated the award in October 2016 by a vote of 8-3.

Samsung and Apple agreed in 2014 to drop all patent disputes outside the United States, marking a partial ceasefire in a seemingly relentless legal war between the world's two tech giants. 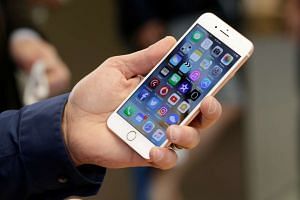 Apple, Samsung in epic patent clash in top US court

The companies have battled in close to a dozen countries, with each accusing the other of infringing on various patents related to their flagship smartphone and tablet products.