SAN FRANCISCO (BLOOMBERG) - The days when big US technology companies could easily slice tax bills in Europe are coming to an end.

For decades, businesses like Apple Inc that generate significant revenue abroad flocked to Ireland, the Netherlands and Luxembourg, where they counted on amenable fiscal regimes to reduce their tax, even if they had minimal operations on the ground.

On Tuesday (Aug 30), European Competition Commissioner Margrethe Vestager sent the strongest signal yet that she won't abide by these strategies when she demanded Apple pay US$14.5 billion (S$19.7 billion) in back taxes.

"Every global company that is exposed to EU taxes in individual nations now has to look back and ask whether any of their agreements are subject to similar attacks," said Mr Thomas Cooke, a professor at Georgetown's McDonough School of Business. "This is the first signal of a long play that's going to take place over many, many months."

Every time an iPhone or iPad is purchased in London, Paris or Milan, Apple books the profit at a subsidiary in the Irish city of Cork. The process is part of a decades-long arrangement with the Irish government that's allowed the company to pay lower taxes on these European sales.

The European Commission ruled that Ireland gave Apple illegally favorable tax treatment, letting it pay an effective tax rate on European profits of 1 per cent in 2003 and down to 0.005 per cent in 2014. Apple and Ireland vowed to appeal.

Apple's Irish tax arrangement was considered "the most brazen" among multinational US technology companies, said Ms Aisling Donohue, a partner at tax and business advisory firm MGPartners in Ireland. While other companies should be concerned, they aren't likely to face as much scrutiny, she said. 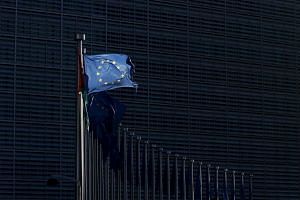 Still, Ms Vestager's move is part of a broader push to close loopholes that European regulators think give foreign companies an advantage. Google parent Alphabet Inc has also been a beneficiary of Ireland's tax regime, using the so-called "Double Irish" mechanism to save billions in tax on its international earnings. Ireland is phasing this out, although companies have until 2021 to adjust.

Amazon.com Inc. used a similar process to effectively send profit through Luxembourg. In Europe, the e-commerce giant told the authorities that the intellectual property behind its Web shopping platform was immensely valuable, justifying the billions in tax-free revenue it collected there since moving its technology assets to Luxembourg a decade ago.

In the US it played down the value of those same assets to explain why it paid so little in taxes for licensing them. That prompted investigations on both sides of the Atlantic and Amazon changed its policy in 2015, largely eliminating the practice.

"You can't bank on achieving the savings in post-tax profits that you might have once expected," said Mr Jolyon Maugham, a British trial lawyer specializing in tax cases at Devereux Chambers. "That makes the pursuit of such strategies rather more difficult to justify."

About six months ago, Netflix Inc told an investor that the company will likely pay higher international tax rates than other large US technology companies currently pay. Netflix, which recently began expanding aggressively abroad, said it views other US tech companies' international tax strategies as unsustainable, according to a person familiar with the situation. The person didn't want to be identified recounting a private discussion.

"Multinationals with aggressive tax planning strategies can expect to pay more tax," Ms Sarah Jane Mahmud, a Bloomberg Intelligence analyst, wrote in a recent research note. "EU reforms will require income to be taxed where generated through, among other things, new restrictions on use of controlled foreign companies."

A Netflix spokesman didn't respond to requests seeking comment on Tuesday. Spokesmen at Alphabet and Amazon declined to comment.

Even if Apple has to pay billions and other tax strategies fizzle, Ireland's 12.5 per cent corporate rate means it's still likely to trump the US as a preferred corporate tax domicile. The iPhone maker has been there since opening a factory in Cork in 1980.

"We received guidance from Irish tax authorities on how to comply correctly with Irish tax law - the same kind of guidance available to any company doing business there," CEO Tim Cook said in a statement. "In Ireland and in every country where we operate, Apple follows the law and we pay all the taxes we owe."

The timing of Europe's decision, ahead of the US presidential election, means tax reform may become a more prominent issue. Republican nominee Donald Trump proposed taxing companies' accumulated offshore profit at 10 per cent, compared with the current top corporate rate of 35 per cent. The tax Apple pays abroad is deductible from the 35 per cent it must pay should it bring offshore profits home.

One major tech investor said low European taxes don't help US investors because the resulting higher overseas profits are still out of reach for things like share buybacks, dividends and acquisitions of other US companies.

If European tax rates rise, there would be more incentive to repatriate the money, especially if there's US tax reform, said the investor, who asked not to be named discussing internal strategy ideas. The Apple ruling adds more pressure on the US to overhaul its tax system.

For now, that may be little solace for Apple and its US rivals. The revelation that a regulator can impose higher tax bills retroactively - even though they were legal according to national laws - will top companies' list of concerns, according to Mr Adam Halpern, a tax lawyer at Fenwick & West LLP.

"You thought you understood what your risk profile was in terms of tax, and then a regional non-governmental agency comes in and tells you to pay more," he said.