Prime Day, which Amazon describes as an "epic day of our best deals", will see major reductions across most product categories on Amazon's marketplace, notably in electronics and homeware.

He told The Business Times (BT) in an interview: "Singapore will enjoy a customised set of benefits, and curated set of deals across products ranging from toys and baby to home and kitchen to electronics."

Only Amazon Prime members can partake in Prime Day. Amazon Prime is a paid membership programme - costing $2.99 a month, with the option of a 30-day free trial - that offers members exclusive shipping, shopping and entertainment benefits. Amazon Prime Now, a benefit of Amazon Prime, offers ultra-fast delivery in under two hours and at no additional fee.

Amazon Prime Now and Amazon Prime were rolled out in Singapore in July 2017 and December 2017 respectively, then marking the e-commerce giant's first foray into the South-east Asian market.

Mr Low said that Singapore will be among four countries to celebrate Prime Day for the first time this year. The other three countries are Australia, the Netherlands and Luxembourg, which like Singapore, only recently landed Amazon's Prime and Prime Now services. This year, a total of 17 countries will celebrate Prime Day. 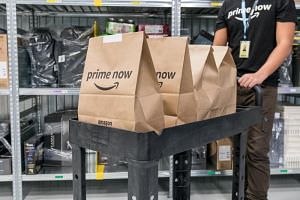 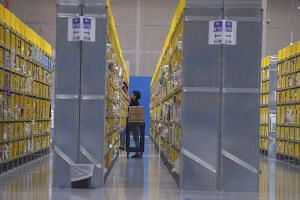 Mr Low told BT that Amazon has tweaked its platform to cater to the tastes and needs of Singaporean customers, including adding "millions" of new products for the local market since it launched here last year. "We have added more selections in organic products, Japanese consumables and Korean beauty, just to name a few."

He noted that Singapore is one of Amazon's "highest export customer bases". That is, Singaporean customers "buy a lot" from Amazon's international website and are "willing to wait and pay for the products to arrive". He said: "This contributed to our decision to expand our services to Singaporean customers."

Mr Low also said that Amazon's entry into Singapore has had a business impact on several local SMEs (small and medium enterprises). "Amazon works with a variety of local providers to make ultra-fast deliveries possible, including sourcing local products, independent contractors and small delivery service partners to get deliveries to customers in fast speeds."