This follows the disappearance of JLC lawyer Jeffrey Ong, along with $33.2 million in the escrow account.

The escrow account was created to hold its 2017 fund-raising exer-cise proceeds.

Allied Tech initially considered Elitaire Law, which handled the placement exercise, as an escrow agent for the proceeds. But as the proceeds were sizeable, the board thought it was prudent to engage a sizeable law firm, and engaged JLC, which Elitaire had recommended.

The board had the same rationale for sums received from the disposal of its subsidiaries - Allied Machineries (Shanghai) ($12.3 million) and Allied Technologies (Suzhou) ($23 million), placing both receivables in the escrow account.

Allied Tech also said that Elitaire had not explicitly recommended Ong, who was the only JLC employee Allied Tech dealt with at all material times. 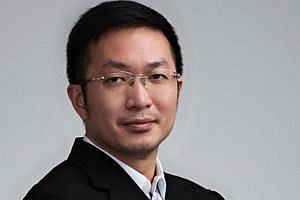 As for proof of monies in the escrow account during Allied Tech's financial reporting periods, such as quarterly results, Allied Tech said that Ong had provided notices of balance available in the account after every transaction, and that the group had periodically checked the account's balance against the notifications received.

Allied Tech said, in response to the appointment of JLC partner Pok Mee Yau as its independent director on Oct 31, 2017 - after the escrow agreement started on Oct 23 - that while it was aware of Ms Pok's position, the board had "already finalised JLC's engagement as the escrow agent, and the signatories for the escrow agreement had already been decided".

The group clarified that Ms Pok's then position as a partner of JLC did not pose any concern to the board and that she was not a signatory for the release of escrow monies to be placed with the law firm.

Ms Pok and Ong were in charge of legal documentation for Allied Tech's failed acquisition of a stake in payment solutions company 8travelpay Intelligence & Technology (Shanghai), for which JLC was paid $105,745.

With regard to the $30 million acquisition of a 51 per cent stake in ABO, Allied Tech clarified that the amount was paid to Platform Internet Capital (PIC), which owned ABO, on April 4 last year.

Before Mr Kenneth Low Si Ren joined Allied Tech as an executive director on June 27 last year, he bought - on June 5 - a 49 per cent stake in PIC and effectively ABO, two months after Allied Tech acquired the majority stake in ABO.

Allied Tech responded that there was no formal agreement for the $3.6 million inter-company loan to ABO.

The loan was for working capital requirements as ABO had just completed a major project and was pending account receivables from it.

Who is the lawyer at the centre of $33 million payout saga?

ABO had also transferred US$500,000 (S$681,995) received from a booking agent refund to the JLC escrow account despite not having a formal agreement with JLC.

Allied Tech said it was because ABO did not have a US dollar denominated bank account yet, and asked JLC to receive the funds on behalf of ABO.

More ABO transactions were later held in trust by JLC, most of which were done prior to Allied Tech's acquisition of ABO.

As at the end of last year, JLC held $1.1 million on behalf of ABO, and as at April 2 this year, the ABO monies had been fully returned to ABO.

Separately, the Law Society said it would not be commenting on the latest development as police investigations and criminal proceedings were ongoing, but added that it was monitoring the situation.