PARIS (BLOOMBERG) - Airbus said reduced production rates for two troubled aircraft programs will affect as many as 3,700 jobs across Europe as the planemaker seeks to cut costs and eke out dwindling backlogs.

The posts are spread across Airbus’ home countries of France, Germany, Britain and Spain, the company said in a statement on Wednesday (March 7).

Output of the slow-selling A380 superjumbo will be pared to six jets a year from 2020, while the rate for the A400M military transport will be reduced to eight planes.

“The company is confident that it will be able to propose opportunities to most of the affected employees through programs which are ramping up,” Airbus said, adding that 12 per cent of workers usually change roles each year, allowing the flexibility for redeployment across divisions and subsidiaries.

Airbus has briefed its European Works Council on the reduced build rates and will now begin a process of consultation on the implications for headcount and possible mitigation efforts.

The Toulouse, France-based group had said on Monday that production and job cuts on the two ailing programmes were imminent.

The A380 has suffered a sales drought only partially relieved by a US$9 billion (S$11.8 billion) order from Dubai-based Emirates last month, while the troop-carrier has been hit by delays, cost overruns and performance issues that have prompted some governments to review their requirements.

Airbus delivered 15 superjumbos in 2017 but is already due to cut output to 12 planes this year and eight in 2019. A rate of six annual deliveries would allow the double-decker to be produced in an “industrially efficient way” while helping to sustain the program for years to come, the company said.

Issues with the A400M turboprop have been plaguing Airbus for years, with a charge of 1.3 billion euros (S$2.1 billion) announced Feb 15 that will take total cost-overruns beyond 8 billion euros. 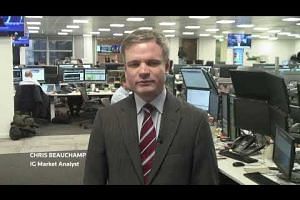 Airbus A380, once the future of aviation, may cease production

Airbus says it has struck an outline deal with state buyers guaranteeing the model’s future at slower build rates. Some 15 planes are due to be delivered this year, dropping to 11 in 2019.

Plants that may be impacted include the A400M assembly line in Seville, Spain, a site in Filton, England that builds the plane’s wings, plus three locations in Germany: Airbus’s factory in Stade that makes the vertical tailplane and pressure bulkheads, a Bremen facility that produces the cargo-loading system, and Premium Aerotec, based in Augsburg, responsible for fuselage sections.

While the A380 is assembled in Toulouse, workers there could easily be moved to other projects including the newest A350 wide-body, shielding them from actual job losses. A site in Hamburg, Germany that fits the double-decker’s interiors and applies the final livery may be more vulnerable.

Qatar Airways chief executive officer Akbar Al Baker said in Berlin on Wednesday that while his company will “keep the door open” on further A380 orders, the four-engine plane is too expensive to run to be of much interest. Efficiency proposals that Airbus is working on are unlikely to change that.