In the 1930s, Singapore's Leung Kai Fook Medical Company manufactured medicated oil out of a small cottage factory in South Bridge Road without the use of machines and with just 30 employees.

About 80 years later, the firm exports its medicated oil, whose formula has remained roughly unchanged over the decades, to about 50 markets globally.

It has factories in five countries, including China and Vietnam, and employs 600 factory and administrative staff worldwide. Some 130 of these employees are in Singapore. The company declined to give figures on turnover and profit.

Sales have been growing every year , business development manager Jimmy Leong, 56, told The Straits Times. And it is looking to expand its market, said Mr Leong, the third generation of company bosses in the family business. 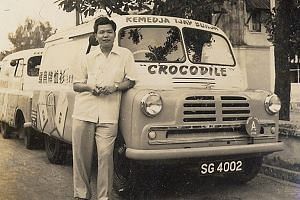 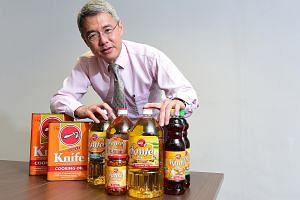 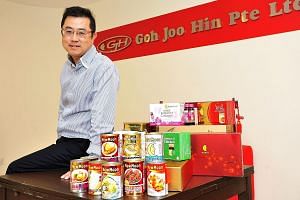 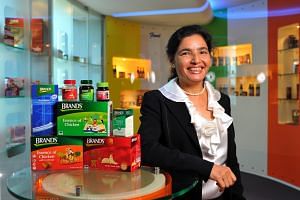 Brand's Essence of Chicken: Foreign roots but part of rite of passage here

His grandfather is founder Leung Yun Chee, who came from China's Guangdong province in the 1920s.

The medicated oil provides temporary relief for a variety of ailments, such as muscle aches, headaches and nausea.

The company expanded into Malaysia, the Middle East and Indonesia in the 1950s to 70s, building factories in Malaysia and Indonesia.

To meet increased demand, Leung Kai Fook moved into a seven- storey factory with a floor area of 47,000 sq ft - about 15 times the original - in MacPherson in 1970.

Expanding to the Middle East in the 1960s was a significant step for the company. Leung Kai Fook was there ahead of other medicated oil companies and, because of this, many Muslim pilgrims used its oil for relief from heat or fainting spells when they were on pilgrimage.

Word of its benefits spread among other pilgrims and sales picked up in other Muslim countries. Now, 38 per cent of sales are from the Middle East, Mr Leung said. Singapore makes up 25 per cent of sales.

Looking ahead, the company hopes to expand further into the Muslim world, in particular Iran, should sanctions be lifted. It is also looking to South America, where it has not established a presence yet.

Meanwhile, the company will focus on building brand image. It plans to feature younger people in advertisements to change the perception that it is mostly older people who use the oil, said Mr Leung.

Currently, all in senior management are family members. And Leung Kai Fook hopes this will continue with the third generation.

"We will try as much as we can to remain a family business," Mr Leong said.