SINGAPORE - For the quarter ended June, the four largest Singapore-listed real estate investment trusts (S-Reits) that own office assets posted an average distribution per unit (DPU) of 2.07 cents, down an average of 0.3 per cent from the year-ago period.

Suntec Reit reported the highest DPU of 2.36 cents, down 4.6 per cent from a year ago largely due to its enlarged unit base, SGX noted.

This was followed by MCT with a DPU of 2.31 cents, up 3.6 per cent. MCT registered the highest year-on-year growth in DPU among the four largest office S-Reits.

The four trusts averaged a 7.9 per cent year-on-year fall in net property income to $63.5 million, while their gross revenue declined by an average 4.7 per cent from a year ago to $85.4 million.

During the June quarter, the highest aggregate leverage ratios were seen at Keppel Reit and Suntec Reit, at 38.4 per cent and 38.3 per cent respectively, while MCT had the lowest gearing of 33.1 per cent.

On average, the four office Reits had a leverage ratio of 36.2 per cent for the quarter, down from an average of 37.3 per cent a year ago. 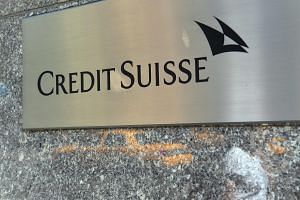 Singapore Reits can no longer be seen as 'low-risk' if leverage limit is raised: OCBC

Singapore Reits seen as too expensive after 18% surge this year

For the year to date, the four office S-Reits averaged a total return of 19.6 per cent, bringing their one-year and three-year total returns to 20.1 per cent and 51.5 per cent respectively.

The top performers were MCT and CCT, with year-to-date total returns of 28.6 per cent and 26.9 per cent respectively.

On Monday, RHB upgraded Suntec Reit to a "buy" call from "neutral", with a target price of $2.08, up from $1.90. RHB analyst Vijay Natarajan said he expects an earnings turnaround from a flow through of positive rent reversions, completion of three development assets by the first half of 2020, and higher income contribution from the latest acquisitions. "The recent placement exercise also removed an overhang of any imminent fundraising," he said.

Meanwhile, for MCT, OCBC Investment Research on Friday downgraded its call to a "sell", with a higher fair value estimate of $1.89 after adjustments, up from $1.85 previously. OCBC believes positives have likely been priced in, with MCT trading at an all-time high share price of $2.10 on Friday. Although the Reit achieved healthy rental reversions of 7.3 per cent for its retail segment, there were some occupancy pressures for certain office assets, namely PSA Building and Mapletree Anson, OCBC said.

For CCT, DBS maintained its "buy" call with a $2.40 target price on July 17. Analysts Mervin Song and Derek Tan said they expect pushback from some investors regarding CCT's acquisition of a 94.9 per cent interest in Main Airport Center in Frankfurt for €251.5 million (S$383.6 million) from CapitaLand.

"However, as Frankfurt is a new market for CCT, we believe it may be beneficial for the Reit to offer prospective tenants flexibility and a variety of office locations with 'cheaper' rents," they said.

As for Keppel Reit, RHB on July 16 maintained its "neutral" call and revised its target price to $1.20, up from $1.12. Mr Natarajan said Keppel Reit's second-quarter results were in line with expectations, and its key positives ahead are strong rental growth potential and acquisition contributions. These are offset by downtime from tenant movements and absence of rental support, however.