The first time that former Indonesian trade minister Mari Pangestu heard the Chinese talk about a peaceful rise was in 2000 at the Boao Forum for Asia on the Chinese island of Hainan.

Soon after that, China and Asean began negotiating a free trade agreement, said Professor Pangestu, who currently teaches international economics at the University of Indonesia.

The Asean free trade area shows how China has been trying to implement its philosophy of a peaceful rise and the last piece of this is the Asian Infrastructure Investment Bank (AIIB), she said yesterday at the FutureChina Global Forum. 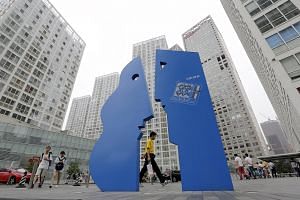 Chinese economy will 'keep growing at 7%' 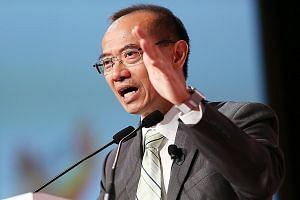 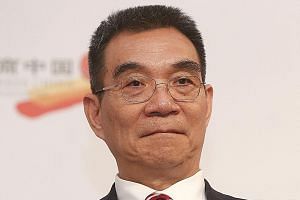 "There has been this progression of how China sees itself, in the way that it wants to engage with South-east Asia in the context of peaceful rise, co-prosperity, that all ships must rise together," she said.

Asean's response to China's overtures has been both an eagerness to ride on China's growth but also a fear of the competition that this growth brings.

"It's always been a case of: 'You see the potential of China, you want to take advantage of the growth of China, but at the same time you fear the competition, you fear Chinese goods entering your market in a big way affecting your SMEs'," she said.

The outcome of engagement has been mixed, with trade growing, but also deficits in trade between several Asean countries and China, leading to tension.

China has tried to offset that by providing loans to build infrastructure as well as investment, much of which was resource-based that benefited China and provided little by way of new jobs to Asean states.

Moreover, the infrastructure loans came with Chinese material and workers, ending up being another source of tension and also of the trade deficit.

With this backdrop, Prof Pangestu said she saw the AIIB as a good development because it is multilateral and there has been discussion on standards for loans.

Other panellists at yesterday's session on China as both challenger and a part of the global order, chaired by The Straits Times' associate editor Ravi Velloor, agreed that China was a status quo power that had benefited from the existing system and had little interest in challenging it.

Mr Yaseen Anwar, senior adviser to the Industrial and Commercial Bank of China in Singapore, said the AIIB and the One Belt, One Road (OBOR) initiative to link economies along updated ancient trade routes from China to the West, ought to be welcomed for filling gaps in the infrastructure needs of the region.

However, Professor Tommy Koh, Singapore's Ambassador-at-Large at the Ministry of Foreign Affairs, pointed out that the OBOR initiative had an important strategic subtext - that of China wanting to escape the encirclement that it perceives to be wrought by the United States' alliance system in Asia.

Explaining China's new assertiveness, Professor Shen Dingli, of Fudan University in Shanghai, said China's late leader Deng Xiaoping's policy of keeping a low profile in international relations was implemented in a period when China was weak, with a view to protecting the country's interests.

He cited two examples in which China had kept a low profile, the US sale of arms to Taiwan, which China regards as a breakaway province, and Beijing's sovereignty dispute with Japan over the Diaoyu/Senkaku islands.

He added, however, that when Japan pushed the envelope on the islands issue by nationalising the islands in 2012, it gave China the opening to say it was ready not to put aside the dispute.

A version of this article appeared in the print edition of The Straits Times on July 21, 2015, with the headline 'China as both challenger and part of global order'. Subscribe
Topics:
More
Whatsapp Linkedin FB Messenger Telegram Reddit WeChat Pinterest Print Purchase Article Copy permalink