After the transaction, the group's combined total assets under management (AUM) will exceed $116 billion across more than 30 countries, and cover asset classes such as business parks, and commercial, retail and residential properties.

Mr Lee Chee Koon, president and group chief executive of CapitaLand, said: "Geographically, the deal strengthens CapitaLand's presence in our core markets of Singapore and China, while adding meaningful scale in India, the United States and Europe. This deal immediately adds a portfolio of operating assets that contribute income, while adding a sizeable pipeline of development projects for the future."

Under the terms of the agreement, Temasek will receive $6 billion -half in cash and half in new CapitaLand shares, boosting Temasek's ownership of CapitaLand from around 40.8 per cent to about 51 per cent.

The new CapitaLand shares will be priced at $3.50 apiece, representing a premium of 11.3 per cent, over CapitaLand's one-month volume-weighted average price of $3.1447. 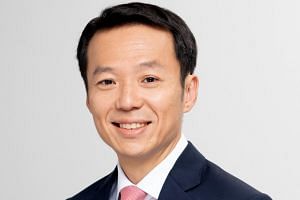 Ascendas and Singbridge have a combined enterprise value of some $10.9 billion, comprising $6 billion of equity value and $4.9 billion of net debt and minority interest.

The deal is expected to be completed by the third quarter of this year. It will have to be approved by CapitaLand's independent shareholders at an extraordinary general meeting by the first half of this year.

Gibson Dunn & Crutcher partner Robson Lee noted that Temasek will remain the single largest shareholder of CapitaLand after the deal, with the right to appoint management. "The difference is that the risks and rewards of Temasek's equity stake in CapitaLand will increase post-merger," Mr Lee said.

The deal would strengthen Temasek's ability to undertake mega township projects in developing countries, he said, with CapitaLand, Surbana Jurong, Sembcorp Development and Keppel Land in its stable of subsidiaries.

ASB chairman Wong Kan Seng said: "The combined scale and expertise of the group will enable it to better capitalise on the opportunities arising from the rapid pace of urbanisation in the region. ASB's established relationships with local governments and business communities will also enable the group to develop urban solutions that address local initiatives and requirements across the region."

ASB's business presence spans 11 countries including Singapore, China, India, Australia, Britain and the US. More than 80 per cent of ASB's $23.6 billion AUM is in business spaces. Its flagship projects include Singapore Science Park and Changi Business Park here; International Tech Park Bangalore and International Tech Park Chennai in India; and Dalian Ascendas IT Park and Singapore Hangzhou Science and Tech Park in China.

The combined group's number of CBD and suburban offices will grow from 39 to 83 properties across 10 countries, with a total gross floor area of nearly 27 million sq ft. CapitaLand said the deal will boost its historical pro forma fee income by over 40 per cent from $238 million to $337 million. Shares of CapitaLand last traded at $3.27 on Friday. The company requested lifting of a trading halt after market close yesterday.