NEW YORK (Reuters) - US banks including Bank of America Corp and Morgan Stanley are warning clients about the potential for extreme price moves as Britain prepares to vote on its membership of the European Union (EU).

A vote to leave the EU in Thursday's referendum could unleash turmoil on foreign exchange, equity and bond markets, causing trading volumes to spike and testing the ability of banks' systems to process trades.

Bank of America warned its clients, in a June 20 memo reviewed by Reuters, of possible delays to their trades and temporary suspensions if markets are very volatile.

"During volatile markets, we will endeavor to continue to serve clients but we may not be able to provide the product offering, level of execution, liquidity and pricing - including in electronic markets - as would be the case under more normalized market conditions," the memo said. 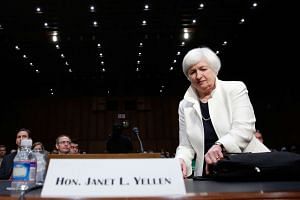 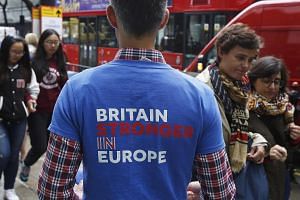 Morgan Stanley, in a June 20 memo reviewed by Reuters, also told clients it would staff its US trading desks earlier than usual on the Friday morning after the vote to provide increased coverage for clients who had previously traded premarket.

In order to prepare for any volatility, it requested that clients tell them about proposed changes to their limits for cash and derivatives by the start of the trading day on Wednesday.

Other US banks are expected to issue similar alerts to their clients in the coming days, analysts said.

Major banks, including Citi, Deutsche Bank, and Goldman Sachs will have senior staff and traders working or on call in London as results start to come in after polls close at 2100 GMT on Thursday.

Adding to the expectations for a frantic trading day on June 24, the day after the UK vote, is the annual rebalancing of the FTSE Russell indexes, set to go into effect that day.

The rebalance requires index-following fund managers to rejig their portfolios to match any change in the indexes.