SINGAPORE - The Minister in Charge of the Monetary Authority of Singapore (MAS) has reduced a prohibition order (PO) against former Citibank relationship manager Zheng Xuemei from two years to one year, following her appeal. The PO bars individuals from working in the financial industry.

Ms Zheng was handed the PO for falsely telling her client that his structured note was called back by the issuer, and the client was misled into executing an early redemption of the note. According to Citibank, Ms Zheng was dismissed in 2016.

In May last year, MAS announced the issuance of the two-year PO against Ms Zheng with effect from May 14, 2018.

The order prohibits her from performing any regulated activity under the Securities and Futures Act (SFA), and from providing any financial advisory service under the Financial Advisers Act (FAA).

She is also prohibited from taking part in the management, acting as a director, or becoming a substantial shareholder of any capital market services firm under the SFA, and any financial advisory firm under the FAA. 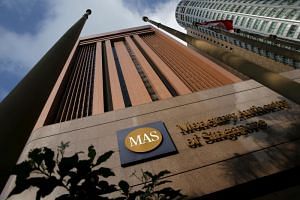 According to MAS, any person aggrieved by its decision to issue a PO against him is entitled to an appeal. When such an appeal is made, an Appeal Advisory Committee (AAC), comprising three members from the financial services industry as well as the public and private sectors, will be formed. These members are appointed by the minister in charge of MAS, who is currently Deputy Prime Minister Tharman Shanmugaratnam.

Accordingly, the AAC will conduct a hearing, and may summon any person to give evidence or produce any document necessary for the inquiry, said MAS.

MAS and the appellant may also make oral submissions during the hearing, following which the AAC will submit a written report to the minister, which the minister will take into consideration before making his final decision.

Following the hearing by MAS' independent AAC, Mr Tharman decided to reduce the length of the prohibition order, MAS said.