Singaporeans are adopting online payments with such gusto that the Government hopes that the country will be cheque-free by 2025.

The latest step will allow business owners and the Government to receive payments instantaneously, without having to disclose details such as bank account numbers.

This is made possible with the expansion of the PayNow transfer service to include businesses.

PayNow Corporate will start at 8am on Aug 13, the Association of Banks in Singapore (ABS) announced yesterday.

The value of e-payments has been growing by more than $10 billion a year.

Meanwhile, ATM cash withdrawals have been going down by more than $300 million a year.

In 2015, ATM cash withdrawals were almost 60 per cent of e-payment transaction values. This was down to about 40 per cent by the end of last year. 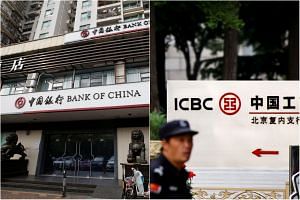 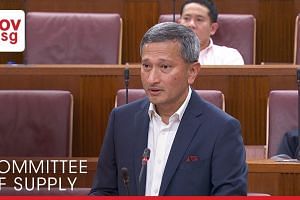 "We don't need to be literally a cashless society - some people will always find cash useful - but we certainly can transact with a lot less cash, and we won't need to visit the ATM so often."

The share of cheques as a proportion of all payments using the Fast (Fast and Secure Transfers) interbank transfer service, Giro and cheques was about 28 per cent last year, down from 37 per cent in 2015.

He said there will also be added consumer protection against e-payment risks, with a new Payment Services Bill to be introduced later this year.

PayNow, which was launched last year, lets users send payments via their mobile phones without requiring bank account details. It has around 1.4 million registrations, and nearly $900 million has been transferred via the service.

Mr Ong said: "Government agencies are actively exploring using PayNow for other disbursements," he said. Earlier this year, the Ministry of Education piloted disbursing Edusave Awards to students via PayNow.

ABS chairman Piyush Gupta, who is also chief executive of DBS Group Holdings, acknowledged at last night's dinner at Marina Bay Sands Expo and Convention Centre that there is a pushback to going cashless in some segments of society.

"There are also concerns about the financial exclusion of certain sections of society, such as the elderly or lower-income citizens," he added.

"Remitters don't need to keep track of payee details.That data is maintained at a central depository managed by a third party," he said.

A version of this article appeared in the print edition of The Straits Times on June 21, 2018, with the headline 'Singapore to cut use of cash and go cheque-free'. Subscribe
Topics:
More
Whatsapp Linkedin FB Messenger Telegram Reddit WeChat Pinterest Print Purchase Article Copy permalink