SYDNEY - Global carriers are expected to make a collective profit of US$33.8 billion (S$45.2 billion) in 2018, the International Air Transport Association (Iata) said on Monday (June 4).

While this is a "solid performance despite rising costs, primarily from fuel and labour", the latest number is lower than the US$38.4 billion that was forecast six months ago, it added.

Speaking at the association's annual general meeting in Sydney, Iata's chief executive and director-general Alexandre de Juniac said: "Our nine-year run on profitability started in 2010. And return on invested capital will exceed the cost of capital for four years in a row. At long last, normal profits are becoming normal."

Carriers in the Asia-Pacific – the fastest-growing region in terms of passengers – are expected to rake in total profits of US$8.2 billion, while North American airlines are expected to earn US$15 million, the highest for any region.

Apart from Africa, all other regions will remain profitable, Iata said.

The demand for air travel is expected to grow by 7 per cent in 2018, lower than the 8.1 per cent growth that the industry saw the year before that.

In the Asia-Pacific, carriers can expect strong demand for their services to continue in all the major markets in the region, as well as on long-haul services to Europe and the United States, industry observers said.

To prepare for this, carriers like Singapore Airlines (SIA) and Australia’s Qantas are taking delivery of new aircraft, beefing up existing services and exploring new markets.

Despite all the growth, the industry continues to face major challenges, Mr de Juniac warned. 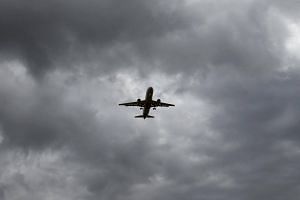 Jet fuel costs are also expected to be up 25 per cent year on year, he said.

"US$7.76 - the average profit per passenger that airlines will make this year - is our only buffer against future shocks," Mr de Juniac said.

And rising costs are putting this under pressure, he warned.

In a wide-ranging speech, Mr de Juniac also touched on growing uncertainty in the global geo-political landscape that could present risks to the industry’s outlook.

These include the advancement of political forces pushing a protectionist agenda, uncertainty following the US withdrawal from the Iran nuclear deal, lack of clarity on the impact of Brexit, numerous ongoing trade discussions and continuing geopolitical conflicts, he said.

Speaking to reporters later in the day, Mr de Juniac said of renewed tariff threats by the US against China, as well as duties on steel and aluminium that have been imposed on several key US allies: “It’s bad news for passenger traffic and cargo.

“As of now, we have not faced any significant decline in the number of passengers and cargo related to trade wards or protectionist barriers. But if this continues, it could happen.”